Judge William Blackstone’s 18th century Commentaries on the Laws of Englandhas been deemed among the most significant influences on the development of U.S. law, second only to the Bible. Blackstone continues to be cited regularly in Supreme Court decisions. In the Commentaries, Blackstone referred to third parties who become financially involved in litigation as “pests of civil society… officiously interfering in other men’s quarrels,” (emphasis added). This practice of outside parties taking a financial interest in lawsuits is known as champerty. In a mid-19th century U.S. case, champerty was found to be “odious in the eyes of the law,” (emphasis added).

Pests and odium are evidently more acceptable today, as many states have withdrawn laws prohibiting champerty from their statutes. The practice, reviled for centuries, is alive and growing, and bears a new name: litigation funding, or litigation finance. In recent years, litigation funding has become a multi-billion-dollar investment asset class, and a growing presence in civil litigation. An earlier R Street study identified litigation funding as a driver of growing court awards. In this article, we drill deeper to explore litigation funding.

There are two broad categories of litigation funding: personal (or consumer) and commercial. Providers of personal litigation funding make pre-settlement cash advances to injured parties for medical and other expenses during the course of a lawsuit. The amounts are relatively low, typically in the four and low five-digit range. If the suit is successful, the funder is entitled to a portion of the proceeds. The recipient of the advance is, however, required to pay interest on the advance, sometimes at high double-digit rates that exceed state usury laws.

Commercial litigation funding typically involves investment in large complex cases against corporations. Allegations often include patent infringement, intellectual property theft and product liability. Commercial funding investments may be directed to individual lawsuits or to support the financing of a law firm’s entire portfolio of outstanding litigation. According to litigation finance firm Westfleet Advisors’ most recent report on the industry, the average size of single-funded commercial suits is $3.5 million; for portfolio investments, the average size is $8.5 million.

Westfleet has estimated the size of the litigation funding market at $12.4 billion in assets under management in 2021, up from $11.3 billion in the prior year, with 47 active funders. The U.S. commercial litigation market has formed an industry association called the International Legal Finance Association (ILFA), launched in June 2020. Consumer legal funding providers are represented by the American Legal Finance Association (ALFA), formed in 2004.

Opinions are divided as to whether litigation funding is a boon or a bane. Its supporters consist mainly of litigation funders, who maintain it enhances access to justice. Its detractors, chiefly from the business community, find it transgresses legal ethical standards and exists mainly to profit from unrelated parties’ litigation.

On their websites and in published articles, associations of litigation funding firms-including ILFA, the U.K.-based Association of Litigation Funders, and ALFA, which focuses mainly on personal litigation finance—and their members hold that:

These and related arguments can be found in numerouspublications. The funders and their associations maintain that the above five points represent the reality of litigation funding, and that arguments denying the truth of such points are myths. Therefore, funders’ arguments are often cast as myth-busting and myth-dispelling.

Opponents of litigation funding claim that the five points above are myths, and the opposite is true. In March 2019, a letter co-signed by 30 business organizations was sent to the Committee on Rules of Practice and Procedure at the Administrative Office of the United States Courts arguing that TPLF arrangements should be disclosed in any civil action filed in federal court. The letter addresses what it characterizes as unfounded assertions of the TPLF industry. The letter presents 10 myths advanced by the TPLF industry that fundamentally distort the reality of TPLF. The 10 myths are diametrically opposed to the “myths” dispelled by the TPLF industry above. Among the main arguments advanced to challenge the propriety of TPLF are:

TheWall Street Journal has characterized TPLF firms as “operating under a veil of secrecy.” Although litigation funding activity flies largely under the radar, with intentionally limited disclosure, there have been recent cases that have come to light in the news involving litigation funding that reveal its workings.

On Aug. 30, 2022, a lawsuit was filed against TPLF firms that financed attorney Thomas Girardi. Girardi was a plaintiff attorney with a rich but controversial record of success: He won the first $1 million+ California medical malpractice four years out of law school, inspired the movie Erin Brockovich with one of his cases and was dubbed Los Angeles “king of torts.” The bankrupted law firm of the now-disbarred Girardi consumed the $2 million from Boeing that was supposed to go to the families of the 189 passengers and crew who perished in the 2018 Lion Air Flight 610 crash in Indonesia. What is more, Girardi misappropriated $41 million of the firm’s trust account to support a lavish lifestyle. There were 682 claims on Girardi’s firm, amounting to $496 million. Litigation funders referred clients and funded Girardi’s cases in exchange for half of contingency fees collected. Thomas Durkin, the judge in 2021 contempt hearings against Girardi did not hold back: “These poor folks in Indonesia expect integrity. It’s an embarrassment to the whole legal community that people in Indonesia are being ripped off by someone acting like a two-bit crook.”

TPLF companies back some products’ liability litigation. A case filed in 2015 revealed that TPLF backs mass torts where lawyers amass as many faceless clients as possible, without adequately investigating the validity of the claims. A lawsuit brought by a former employee of law firm AkinMears in connection with use of TPLF in transvaginal mesh products summarized the business model:

TPLF firms also fund some patent trolls. Patent trolls are companies that do not produce any product or service. They are non-practicing entities and shell companies. Their business model is to acquire unused or low-quality broad patents, with no intention of ever building anything. They target businesses ranging from neighborhood stores to major U.S. manufacturers and technology companies. The Harvard Business Review has estimated that patent trolls annually cost U.S. businesses approximately $29 billion in direct, out-of-pocket costs. This does not include the opportunity cost of not innovating, not investing and not hiring. The activity of patent trolls has been characterized as shakedown and extortion. Trolls calling themselves Patent Enforcement Entities send thousands of threatening letters demanding payment. Several patent trolls are backed by TPLF firms.

A dimension of TPLF about which little has been written is its potential to weaken U.S. national security. If a sovereign wealth fund from an enemy country invests in litigation against a U.S. defense manufacturer, contractor or other company that benefits U.S. and global security, that funding could cause financial harm to the U.S.

What can be done to stem the potential for harm to the U.S. economy and its businesses from unchecked TPLF activity? One can join the ranks of those clamoring for more transparency in TPLF activity. For example, there could be alliances and advocacy to support changes to the Federal Rules of Appellate Procedure and the Federal Rule of Civil Procedure such that there be TPLF disclosure. Some action is already being taken. On Sept. 8, 2022, the Institute for Legal Reform and Lawyers for Civil Justice sent a rules suggestion to the Advisory Committee on Civil Rules asking the committee to amend Rule 16(c)(2) to prompt judges to consider inquiring about investments in their cases from non-parties whose existence has not been disclosed. This step, if taken, could help judges better oversee their cases and support more informed decisions without compromising their judicial discretion. In June 2021, the U.S. District Court for the District of New Jersey adopted arulerequiring disclosure by litigants regarding the use of litigation funding.

Disclosure can be a two-way street. If the judicial establishment finds that courtroom rules should be changed so as to make TPLF acceptable, so be it. But if disclosure leads to the revelation that TPLF violates legal ethics and hurts the economy, there should be guardrails around its use. Either way, transparency is the best disinfectant.

Jan. 1 Renewals: ‘They Got Done’; Carrier Overreliance on Reinsurers Corrected 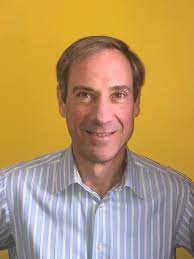