Michigan’s top insurance regulator has taken a stance against a bill that would allow lawmakers to appropriate money for road projects from the state-created mechanism to reinsure unlimited medical benefits for auto accident victims under the state’s no-fault system. 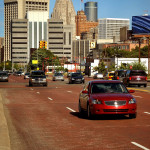 In a statement, Department of Insurance and Financial Services (DIFS) Director Patrick McPharlin said House Bill 4560, which would allow the use of Michigan Catastrophic Claims Association (MCCA) funds for highway purposes, is misguided. He said lawmakers should look elsewhere to find money to fix the state’s roads.

“The MCCA was created in 1978 to provide the reinsurance needed to support the unlimited medical benefits in our no-fault system — reinsurance that was not available in the marketplace. It is a private, nonprofit association that exists for the sole purpose of ensuring that the medical bills of Michigan’s catastrophically injured auto accident victims can continue to be paid,” McPharlin said.

The MCCA is funded through an annual auto insurance fee paid by Michigan drivers. On July 1, the fee dropped from $186 to $150 per car per year.

The association reimburses auto insurers for personal injury protection claims that exceed $545,000 per claim. The Associated Press reported that the MCCA paid out $1 billion in 2014, mostly for brain and spinal cord injuries, multiple fractures, and back and neck injuries.

The funds are there “to assure that all claims, current and future, can be paid. This unprecedented taking of funds held by a private association would likely be unconstitutional, and could jeopardize the ability of injured claimants to collect benefits under their insurance contracts,” McPharlin said.

Reducing MCCA funds could result in increased assessments on insurance companies, which would likely raise the cost of auto insurance in the state, he said.

“We all want to fix the roads. However, fixing roads is a public responsibility that should be carried out with public funds,” McPharlin said.

Michigan has some of the highest auto insurance rates in the nation, according to the Insurance Information Institute. The high cost is largely attributed to the state’s no-fault system and its unlimited lifetime medical benefits.