In the past five years, all 50 states have experienced some type of flooding. Flooding has led to disasters throughout the decades, and this year, it is expected to become unprecedented yet again. Despite a long history of flood-related disasters and predictions for the future, many Americans have little or no insurance coverage to protect their homes and personal property from damage caused by floods.

Climate research firm States at Risk estimates 3.5 million people in Florida are at risk for coastal flooding, yet many homeowners don’t purchase insurance coverage because of a lack of education or because they rely on antiquated mapping systems that provide a false sense of security.

According to the Insurance Information Institute, the National Flood Insurance Program (NFIP) has 1.7 million policies in Florida, more than any other state. Still, only about half of homeowners inside high-risk areas had insurance against flooding before Hurricane Irma made landfall on Sept. 10, 2017.

The Draw of the Coastline

Population growth along the U.S. coastline continues to increase steadily. The 2000 U.S. Census indicated that 48.9 percent of Americans live within 50 miles of a coast, including saltwater tributaries and the Great Lakes. Experts predict that this percentage will continue to rise. The American Community Survey (2011-2015), estimates that 26 percent of Florida residents live in the combined 100-year and 500-year flood plains as indicated by NFIP. The risk of damage from flood water is real and growing in a large percentage of the U.S. and even more so in Florida.

The risk of damage from flood water is real and growing in a large percentage of the U.S. and even more so in Florida

In addition to an increased number of residents living near water, other factors have heightened flood exposure chances.

According to the National Oceanic and Atmospheric Administration (NOAA), the two major causes of global sea level rise are thermal expansion caused by warming of the ocean (since water expands as it warms) and increased melting of land-based ice, such as glaciers and ice sheets. Adding to the pressure from the increased water levels are the sinking coastlines. As we draw water from below ground, the land sinks to fill the void.

The nonprofit Sea Level Rise Organization predicts that this pattern will pick up pace and the same level of rise that previously took 60 years will now occur in just 20 years, placing an additional 1.1 million people at risk. The Florida peninsula is clearly in the cross hairs of the rise in tides, and the effects are exacerbated by the flat terrain.

The Gap in Coverage Versus Risk

Regardless of the media coverage and barrage of data on the rising impact of flood waters, the Insurance Information Institute’s 2018 PULSE survey estimates that only 15% of Americans purchased an NFIP policy. The lack of participation is due to several factors.

The process to obtain insurance through NFIP is just one of the obstacles limiting the program’s market share. With good reason, NFIP was implemented with certain restrictions. Some of the roadblocks include a 30-day waiting period to activate coverage, limited protection ($250,000 on the dwelling) and reduced coverage and claims settlement terms. The cumbersome process to secure NFIP protection causes delays and often results in the client not following through.

The Flood Insurance Protection Act of 1973 imposed restrictions on lenders as a method to force residents living in a flood plain to secure coverage when buying a home with a mortgage. Of the more than 200,000 Texas homes damaged in Hurricane Harvey, 75 percent were not in the 100-year flood plain according to an article in the Houston Chronicle. These victims responded that they did not buy flood insurance because their mortgage company did not require it.

Prior to the most recent amendments through the Biggert-Waters Act, lenders could not accept private insurance as proof of coverage. With the increase in storms and the financial stresses that the NFIP faces ($25 billion in debt), Congress has taken steps to ease these limitations and expand private insurance solutions. The key to effective transfer of risk through insurance is a larger number of clients participating. With only 15% of Americans purchasing flood insurance, the predictability of the results become more difficult.

Florida has taken the lead in fueling the growth of a private flood market for its constituents according to Lisa Miller, former Deputy Insurance Commissioner of Florida and current lobbyist for the admitted market.

In the recent Risk Management and Insurance Review article, “Two New Developments Hold Promise for the Private Flood Insurance Market,” Miller describes the growth. While most states have no private flood market, Florida residents have access to 30 markets as a result of 2014 legislation written to encourage expansion of the private flood insurance market.

According to Miller, the statute has succeeded in giving Florida residents outlets for coverage and affordable rates by increasing participation and improving the catastrophe modeling. The private flood market has garnered the attention of the National Council of Insurance Legislators (NCOIL), which is working on revamping the model legislation for private flood using the statute in Florida as the foundation for new language.

The NFIP is in desperate need of modernization. Congress has tweaked the program over the course of the last 50 years, but we continue to rely on 1970’s data and processes. Implementation of technology and analytics would improve the client experience and the underwriting results.

Community awareness and strategic planning are first steps towards better protection from the threats. Billy Grayson, executive director for the Center for Sustainability and Economic Performance at the Urban Land Institute, recognized the cities of Miami and Miami Beach for proactive efforts to address the impact of climate change at the 2019 Sea Level Rise Conference. Both towns have committed city resources toward infrastructure improvement and loss mitigation plans to combat the rising tides.

Preventing and reducing loss is a far better investment than paying claims post-loss. However, this requires not only an understanding of the issues but also the discipline needed to make long-term investments.

Modeling allows for adjustment of insurance rates by individual risk as opposed to the more archaic process of calculating rates for blocks of homes situated in a flood zone mapped by FEMA in the 1970s. This information is more easily implemented in the rating of private insurance than the current NFIP.

In addition to modeling, CoreLogic and Coastal Risk Consulting, among others, stress the importance of loss control and mitigation. From floats designed to protect your vehicles, to flood gates and sea walls, the old adage that “an ounce of prevention is worth a pound of cure,” holds true.

If we hope to protect clients from the increasing risk of flood exposure and damage, the insurance industry must recognize and meet the challenges of the changing environment and landscape. We must educate homeowners, utilize the most relevant data and mapping technology and strive to prevent losses for the sake of our clients and our communities. 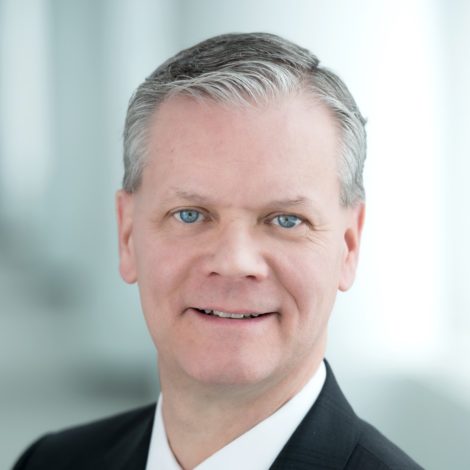 Jim Kane is a SVP of USI Insurance Services in Valhalla, N.Y. He began his insurance career in 1985 with General Accident Insurance and has served in various roles with regional and national brokerages. Kane also serves as president of the Board of Trustees for the Private Risk Management Association (PRMA). He can be reached at: Jim.Kane@usi.com.