Hurricanes are often some of the most destructive and costly natural hazards. Their impact on homes, businesses and infrastructure comes in the form of strong winds and flooding. There are three main components to a hurricane: wind, precipitation and storm surge.

Though wind is generally thought of as the primary contributor of hurricane losses, this is not always the case. Throughout history, damage from storm surge and inland flooding has shown it can far exceed damage from wind. Superstorm Sandy, for instance, caused unprecedented levels of storm surge in New Jersey and New York.

Storm surge occurs when a combination of factors related to water, atmospheric pressure, wind and bathymetry collide. Under certain conditions, the winds associated with a hurricane can push a large volume of seawater onto shore. High winds and low pressure created by a storm cause water to accumulate ahead of the hurricane. As it moves across the ocean, the strong winds inside the hurricane act like a plow, causing water to pile up along the front of the storm. The highest water levels then accumulate along the right-front quadrant as the hurricane spins counterclockwise.

As a hurricane moves along its path, its speed can be highly variable, and the surge levels created by a fast-moving storm are likely to be higher than those of a slow-moving storm. However, for a slower moving hurricane, a larger volume of water is pushed toward the shore since it takes more time for the storm to move inland and dissipate.

The hydraulic impact created by these waves tends to be incredibly destructive, with each cubic yard of seawater weighing nearly one ton.

To evaluate storm surge risk at the local level, CoreLogic uses the designation of core-based statistical areas (CBSA), which are often referred to as metropolitan areas (>50,000 people), or micropolitan areas (<50,000 people). The CBSA represents an urban center and the adjacent regions that are socioeconomically tied to that center.

This underscores that the location of future storms will be integral to understanding the potential for catastrophic damage. A low-intensity storm in a densely populated, residential urban area can do significantly more damage than a higher-intensity hurricane along a sparsely inhabited coastline. 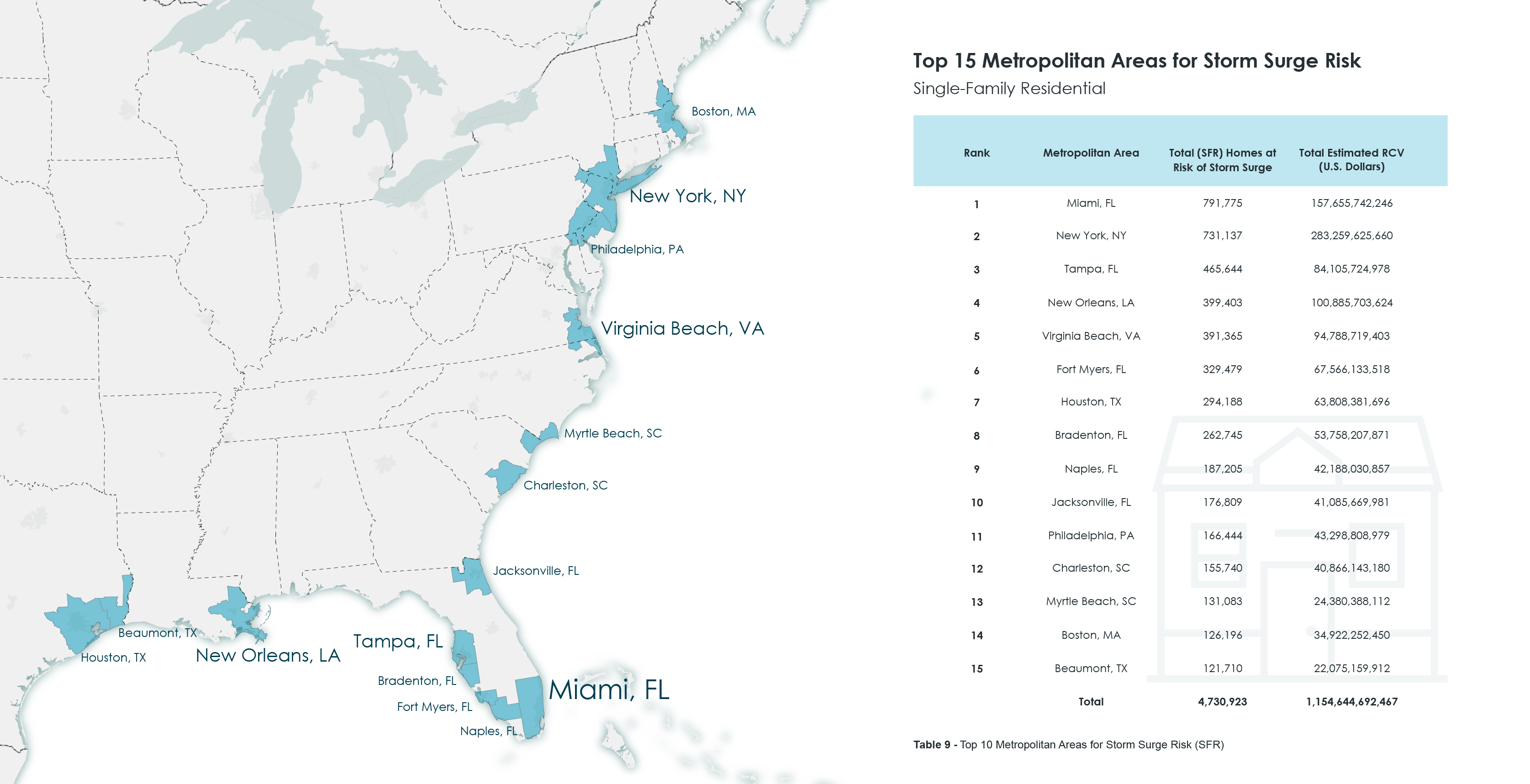 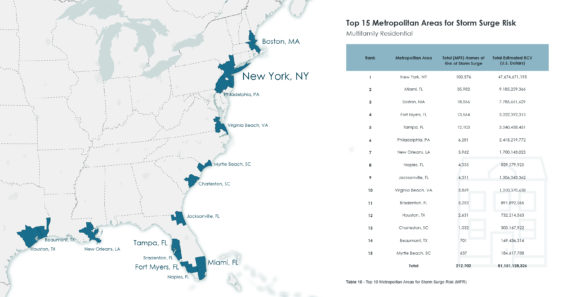 To learn more about the risk this coming hurricane season, understand the lessons learned from 2018, and view a sneak peek of the forecasts for 2019, read the full CoreLogic 2019 Storm Surge Report.

Insurance Commissioner, Acting as Liquidator of RRG, Is Not a ‘Governmental Authority’