This comes after the firm has faced similar situations in other states and its founding CEO’s resignation last year.

“DFS takes very seriously any unlicensed activity in the New York insurance market and will enforce New York State’s licensing laws to their fullest extent,” said Financial Services Superintendent Maria T. Vullo in a statement. “We believe that the penalty and remedies we have imposed, including retraining employees, will ensure the protection of New York consumers as Zenefits conducts its business. We encourage regulated entities to voluntarily disclose issues they discover on their own, and commend Zenefits for self-reporting these violations.”

This move follows a DFS investigation of Zenefits, an online human resources tool that offers insurance brokerage services for the purchase of group property, casualty, health and life insurance policies for employees. During the investigation, DFS found repeated violations of insurance law, including allowing unlicensed employees to solicit, negotiate and sell insurance policies.

The DFS investigation not only found that in 2014 and 2015, Zenefits permitted employees to solicit, negotiate or sell insurance policies without required licenses, but that it did not maintain records necessary to verify compliance with New York Insurance Law and failed to implement adequate compliance controls and employee training programs. In addition, the company’s former CEO, Parker Conrad, wrote a software macro in 2013 that allowed employees to evade broker licensing education requirements.

Zenefits also self-reported the violations. After conducting its own internal investigation, Zenefits reported to DFS in November 2015 that it learned its employees had engaged in insurance business in New York without licenses. Some employees were licensed to sell insurance in other states. Others were not licensed at all, and some Zenefits supervisors were aware of the compliance failure. In addition, Zenefits also failed in some cases to maintain complete records identifying which employee sold, negotiated or solicited a particular insurance policy.

In November 2016, Zenefits reported to DFS that as of that time, all employees soliciting, negotiating or selling insurance in New York had valid insurance broker licenses and that the company had instituted controls that would prevent employees from selling insurance without a license in the future.

As part of a consent order entered into with DFS, Zenefits agreed to take all necessary 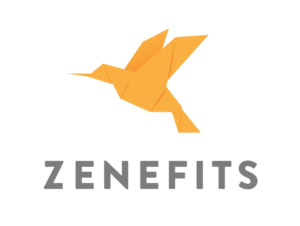 actions to ensure all of its employees and contractors acting as insurance producers in New York are properly licensed and have completed all required training and education, according to the release. The agreement will also require Zenefits to train all current and future employee brokers with a minimum of 52 hours of insurance broker education and document the retraining to DFS.

The remedies outlined in the consent order ensure the company’s compliance with New York Insurance Law, the release stated. Zenefits has represented to DFS that it has taken several actions to remedy the violations, including replacing the company’s CEO and several other executives, the release added.

In addition, Zenefits has reported to DFS that it has appointed a chief compliance officer and built a compliance program and team, restructured its board from one controlled by its former CEO so that two-thirds of the seats are not held or controlled by management, developed licensing controls that have been provided industry-wide via a free open-source app, and used a national accounting firm to produce reports on past licensing compliance history and to evaluate the design and functioning of the company’s new licensing controls.