Establishing a height/gravity-related risk should not be enough for a plaintiff to prevail. Under the statute, a plaintiff must also show that he was not provided with a proper safety device and that the lack of a proper device caused the occurrence of the accident. Until recently, courts have looked past this second critical element of 240 claims.

However, in a series of recent cases involving plaintiffs who fell from ladders after encountering an electric shock, the Court of Appeals and Appellate Division, First Department have clearly reasserted that plaintiffs have the burden of proving that a gravity-related accident was caused by the inadequacy of the safety device provided.

Due to the courts’ broad application of 240, plaintiff’s attorneys have been successfully taking the position that the mere fact their clients fell from a ladder after being shocked by electricity was sufficient proof, in and of itself, that the ladder was not an adequate safety device for the work being done, establishing their entitlement to strict liability. This position was seemingly validated by the First Department’s 2009 decision in Vukovich v. 1345 Fee, LLC.

In that case, the plaintiff was granted summary judgment on his 240 claim when he fell from an unsecured A-frame ladder after being shocked. Although the decision makes no reference to defect in the ladder at issue, the court held that “it was inadequate to prevent him from falling five to seven feet… after being shocked and was the proximate cause of his injuries,” which implies that the mere fact that plaintiff fell proves the ladder was not sufficient to protect him.

In January 2016, relying in part upon Vukovich, the First Department in Nazario v. 222 Broadway, LLC, again upheld summary judgment for a construction worker who sustained an electric shock and fell from an unsecured A-frame ladder.

In that case, despite the fact that the plaintiff fell to the floor while holding onto the ladder “which remained in an open, locked position when it landed” (i.e., not defective), the First Department held that the plaintiff was still entitled to summary judgment under 240 because the ladder was an insufficient device which proximately caused his accident.

However, the Court of Appeals reversed the First Department, holding that “[q]uestions of fact exist as to whether the ladder failed to provide proper protection, and whether plaintiff should have been provided with additional safety devices.”

Thus, the Court of Appeals declared that a fall from a ladder alone is not sufficient to prove that the ladder was an insufficient device. Instead, plaintiffs bear the burden of proving that a ladder was insufficient by showing that alternative devices were available and could have prevented the incident.

Since Nazario, the First Department has taken a more defense-friendly posture on ladder cases involving incidents of electric shock. For example, in Cutia v. Board of Mgrs of the Varick St. Condominium, the court upheld summary judgment for a construction worker who was injured when he sustained an electric shock and fell from a ladder.

However, the First Department went through a detailed analysis as to how the ladder was defective, thereby factually distinguishing the case from Nazario. In Cutia, the ladder could not be opened or locked, and had to be leaned against a wall while the plaintiff worked. Such instability, the plaintiff’s expert opined – and the court agreed – caused the plaintiff to fall when he was shocked.

Most recently in Higgins v. TST 375 Hudson, L.L.C., the First Department fully adopted the Court of Appeals’ analysis in Nazario, when it reversed the trial court’s grant of summary judgment to the plaintiff on a 240 case. In that action, the plaintiff was injured when he fell from a ladder after sustaining an electric shock.

According to the trial court order, there was no testimony that the ladder was defective. Rather, the plaintiff’s basis for summary judgment was premised upon the notion that the ladder was inadequate to protect him because the work he performed while standing on it required him to use both hands.

The plaintiff’s motion was supported by an expert affidavit which opined that since the plaintiff could not maintain three points of contact with the ladder while working, he should have been provided with a scaffold. The defendants’ opposition relied upon testimony from an experienced sheet metal worker who noted that ladders are the industry standard for their work, and scaffolds were never used.

The defendants also relied upon the expert testimony of an electrician who opined that given the electrical current with which the plaintiff came into contact, the electromotive force applied to him was just as likely to knock him off of a scaffold as it did the ladder he was using at the time of the incident.

Thus, the alternative safety device proposed by the plaintiff was no more likely to protect the plaintiff than the ladder he was using. Despite the competing expert affidavits, the trial court relying upon Vukovich, in part, granted summary judgment on 240.

In reversing, the First Department – citing to Nazario – held that issues of fact existed “as to whether the ladder, which was properly set up, provided plaintiff with a proper protection.”

The First Department further noted that there was no defect in the ladder.

Based upon the foregoing, it appears that New York courts will take a more balanced approach and require plaintiffs to establish that an alternate device could have prevented a gravity-related incident in 240 cases where the provided device is not found to be defective. This standard opens the door to defendants to oppose summary judgment by using experts to argue that an alternate safety device would not have altered the outcome of an accident, or would not have prevented the plaintiff from falling. 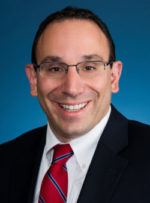 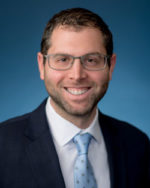 About Jonathan B. Isaacson

Jonathan B. Isaacson is a partner at Kaufman Dolowich & Voluck in Woodbury, N.Y., where he concentrates his practice in the areas of professional liability, representing owners, developers and contractors with respect to construction law and related litigation and defends personal injury and property damage actions arising from construction accidents, including claims arising under New York Labor Law Sections 200, 240 and 241(6).