In a case where no insurance company or insurance claim was involved, the Pennsylvania Supreme Court issued a ruling that could potentially negate one of the insurance industry’s standard bases for denial of coverage of business income claims—i.e. that COVID-19 did not result in “direct physical loss to insured property.”

The decision will likely be used in suits across the country challenging the blanket coverage denials to businesses who sustained massive losses due to forced closures by executive orders and the shutdown of the American economy.

In Friends of DeVito, et al v. Tom Wolf, Governor, et al, (Case No. 2020) four parties brought an emergency petition for relief against the Governor’s order that shutdown “non-life sustaining” businesses due to the Coronavirus. The petitioners included a committee for a candidate for a seat in the United States House of Representatives (DeVito) whose campaigns offices were forced to be closed pursuant to the Order while the incumbent and her offices were not subject to the Order, allowing her to maintain her offices, staff and equipment; a real estate agent; and a public golf course/restaurant that must continue to maintain its facilities despite the loss of income from paying customers.

The petitioners each challenged the Governor’s authority to issue the Executive Order which prohibited all businesses deemed non-life-sustaining from continued operation of their physical locations during the pandemic and argued that each of their operations could be run while employing appropriate prevention and mitigation practices.

The State argued that the Governor has broad authority to issue such orders in efforts to combat public health emergencies and the Order shutting down certain businesses was the only effective way to reduce the spread of the disease.

In ruling in favor of the State, the Court first recognized that the Governor is granted broad powers under the State’s Emergency Code to protect the public from “damage, injury and loss of life and property resulting from disasters” which includes the ability to order the shutdown of certain business and other operations. Significantly, the Court next ruled that COVID-19 qualified as a “natural disaster” that would justify the actions taken by the Governor.

The Court found that COVID-19 was no different that the other listed natural disasters in that they all involve “substantial damage to property, hardship, suffering or possible loss of life.” The key phrase here is “damage to property.” The Court found that because the virus is spread from person-to-person contact, has an incubation period of up to fourteen days and can live on surfaces for up to four days, any location, including an individual business, is within a disaster area and is thus damaged.

Additionally, the Court rejected the argument that the actual presence of the disease at a specific location was required before it could be shutdown, thus holding that all properties were damaged because of the manner in which the disease spreads. In enforcing the Governor’s authority, the Court held that the “COVID-19 pandemic is, by all definitions, a natural disaster and a catastrophe of massive proportions.”

Accordingly, the Pennsylvania Executive Order, like other State’s orders, is a declaration that business property has been damaged and is unsafe due to the coronavirus.

As we know, insurance companies are denying coverage for business income losses under standard property insurance policies based in part on the policy requirement that the loss must be caused by “direct physical damage to insured property” and that the coronavirus does not cause such damage.

Based on DeVito, if a pandemic is indistinguishable from other natural disasters where coverage for losses would be expected, insurance companies may have a difficult time maintaining a denial of coverage on that basis alone. 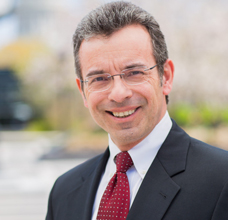 Donald A. Ottaunick is a member of the Litigation Department at Cole Schotz and is certified by the Supreme Court of New Jersey Board on Attorney Certification as a civil trial attorney.