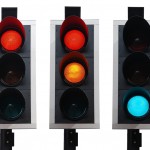 In a move that is certainly not an April Fool’s Day joke, the Financial Services Authority (FSA), which has been responsible for regulating the UK’s financial services industry since 1997, including insurance regulation, has ceased to exist.

It has been superseded by two new regulatory authorities. The Prudential Regulation Authority (PRA), will, as part of the Bank of England, oversee the financial health and stability of financial services firms.

The move comes in the wake of the financial crisis, which required the UK government to bail out many of the country’s banks. The legislative changes have given the Bank of England direct supervisory authority for the entire banking system through its Financial Policy Committee (FPC), which can write the rules for PRA regulators, and for those of the Financial Conduct Authority (FCA).

This second regulatory body is charged with protecting consumers, and accedes to the overall authority in that area previously exercised by the FSA in overseeing financial services products and practices, including those governing insurance. The BBC describes it as the “City’s behavioral watchdog.”

The FCA, headed by Martin Wheatley, who was previously with the FSA (among other matters he investigated the LIBOR rate rigging scandal), is charged with making sure that financial products conform to specific regulations and that consumers receive full disclosure of their nature.

The FCA’s website heads the section on insurance regulation with the admonition to consumers that “you should make sure you’re fully informed about insurance products and services before taking out cover.”

In addition it lays out the following strictures as “You should:”
— Understand the terms and conditions of the cover you are buying
— Speak to your insurer or a financial adviser when you need to buy your cover, rather than just completing an online application
— When buying a new policy, find out whether the price of that policy might rise or fall by asking your insurer or financial adviser

It also advises consumers to “shop around if you are considering cancelling or renewing a policy early because you think prices may rise,” and to “take into account any costs of buying new cover before a policy expires, including any cancellation costs on your old policy.”

In addition the FCA sets out procedures for making complaints to companies, if they are seen as having breached or ignored any of the regulations, and warns that “Companies regulated by us must have a complaints procedure in place and must respond to you within set deadlines.”

The re/insurance companies, brokers, accounting firms and others related to the UK’s insurance industry are not expecting to see any fundamental changes in the way they are regulated. For one thing the current Conservative government is seen as more understanding of business realities than the previous Labour government – at least in the City of London.

For another the UK’s insurance industry is a vital part of the country’s financial services industry, and one that has by and large avoided the excesses and dangerous practices that led to the problems in the banking sector.