This year has been full of challenges. Climate change-related natural catastrophes have increased in frequency, and general inflation has reached levels not seen for decades. Interest rates have risen substantially, and Europe has witnessed the eruption of a new war. The COVID-19 pandemic may re-erupt this winter. How will the global reinsurance industry perform in such an environment?

Climate change will continue to affect the frequency and severity of natural catastrophe events, leading to rising costs for the industry. In the first six months of 2022, insured losses amounted to $39 billion, 18 percent above the 20-year average, according to Aon. Floods in Australia and windstorm Eunice in Europe were the two costliest events. The hurricane season remains in full swing, potentially causing new claims. This year neatly ties into a trend of rising natural catastrophe claims frequency over the past five years. The elevated level of these claims has caused earnings volatility among the reinsurance industry and raised the question of whether pricing property catastrophe risk is properly modeled and priced.

A period of two years or longer with general inflation significantly above the 10-year average poses a risk for reinsurers as claims trends become less predictable. Margin pressure first materializes in property lines as rising repair and construction costs may pressurise margins if price rises do not keep up with claims inflation. However, long-tail casualty lines may suffer more due to the compounding effect of any multi-year inflation, magnifying the effects of social inflation, which triggered significant casualty and liability reserve strengthening and price increases from 2018 to 2020. Reserve deficiencies, which in severe cases may weaken the capital base and hence the credit profiles of reinsurers, may develop.

The war in Ukraine represents a medium-size catastrophe event, mostly affecting specialty lines such as aviation and marine, political risk, trade credit, and cyber insurance. On average, reinsurers have set aside around 2 percent of net earned premiums as claims reserves for potential losses related to the conflict. While direct exposure is limited, sanctions imposed on Russia will affect a larger share of reinsurers’ business portfolios. Ultimate losses are likely to remain unclear for years as litigation with cedents and their clients on what risks are covered will take time to settle even if the war ends soon. To limit potential claims by withdrawing covers as quickly as legally possible, reinsurers mostly relied on the reactivity of their cedents earlier this year.

Life and health reinsurers have continued to see excess mortality claims linked to COVID-19 in 2022, albeit at a lower level than a year before. While immunity levels have constantly increased, the risk of new, more dangerous variants remains significant. We therefore expect excess mortality claims linked to the pandemic to continue to fall but to remain substantial over the next 12-18 months. Technical margins will remain under pressure as mitigants, such as re-pricing or treaty cancellations, are difficult to implement.

However, the situation is not as bad as it may look at first glance. In 2022, the reinsurance market has continued to harden for the fifth consecutive year. Premium rate increases accelerated after a temporary slowdown during the January 2022 renewals. Property lines experienced the most significant price rises in response to accelerating claims severity driven by the factors described above. Price changes in casualty lines of business were more measured as reinsurers have allocated more capacity to this business. Prices are deemed adequate by the industry, and social inflation has been inconspicuous for now.

Claims inflation will continue to be high in 2023, and reinsurers are very keen to protect their margins. As a result, further price rises and higher limits in property lines are likely to continue in 2023 to counter the upward pressure on claims severity and frequency. Prices in casualty lines are likely to remain stable as more reinsurance capital is allocated here.

In addition to price increases, demand for reinsurance protection also is growing against the backdrop of heightened macro-economic and political uncertainty. The global reinsurance sector is positioned for strong premium growth in 2022 and 2023. While a slowdown in global economic growth may negatively affect some lines of business, such as motor, trade credit or construction, most lines are less susceptible to economic activity.

Interest rates have risen in response to higher inflation, reaching levels not seen since 2014. Reinsurers benefit from higher reinvestment yields, which in some cases already have surpassed average portfolio yields. We expect yields to improve in 2023.

Higher interest rates have led to a shrinking capital base in the reinsurance industry due to the accounting treatment of unrealized capital gains on bond portfolios. According to Aon, traditional capital declined by $31 billion to $548 billion in the first three months of 2022. However, accounting standards, such as U.S. GAAP and International Financial Reporting Standards (IFRS), do not offer a complete economic view on capital.

Looking at standards that do, such as those applied by regulatory standard setters, reveal an improvement of capital adequacy on average in the first half of the year on the back of rising interest rates. Against this backdrop, some listed reinsurers have started to repatriate capital to their shareholders via share buybacks or special dividends. At this point, we are not concerned about capital adequacy in the industry. For most lines of business, traditional reinsurance capital availability will remain sufficient to cover demand in 2022 and 2023.

Global reinsurers currently face a series of challenges such as inflation, climate change and political uncertainty. Still, demand for reinsurance protection is growing, pricing discipline is high, and interest rates are increasing. Considering all those challenges and opportunities, Fitch believes that global reinsurers can maintain their underlying profits at 2021 levels over the next 12-18 months. As managing the reinsurance business will become more and more demanding, we expect to see a growing divergence in strategies and a wider dispersion of results. 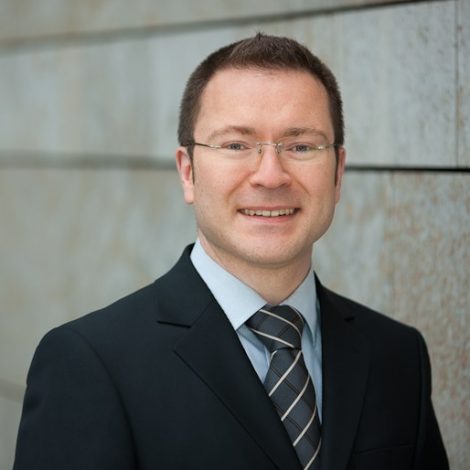 Robert Mazzuoli is a director in Fitch Ratings’ EMEA insurance group, focusing on both the global reinsurance sector and Italy. Prior to joining Fitch in 2019, Mazzuoli was an equity analyst and portfolio manager at Franklin Templeton focusing on European financials. Mazzuoli is a chartered financial analyst (CFA) and holds a masters in business administration from Frankfurt School of Finance & Management.