Jim Irvine of the Buckeye Firearms Association tells The Columbus Dispatch that concealed carry has become “mainstream” in Ohio with 574,000 active permits. The statistics released this past week by the state attorney general’s office also show that about 1 in 16 adults Ohio has a concealed-carry permit.

The state recognizes 12.3 million permits from other states. 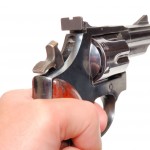 “Concealed carry used to be mostly hard-core shooters, but it has become increasingly popular with soccer moms and others who just want to be safe in their everyday life,” Irvine said.

A record 25,474 permits were issued in Ohio from July through September, a 59 percent jump over the same period in 2015.

Irvine said that terrorist attacks in the U.S. and abroad may have increased interest in gun purchases and permits.