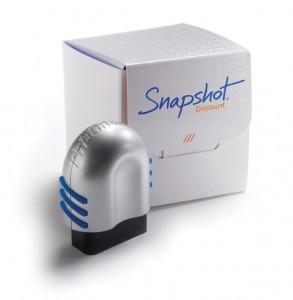 Progressive has begun national advertising for its “Pay-As-You-Drive” program, Snapshot, which offers drivers discounts of as much as 30 percent based on real-time analysis of their driving habits.

Over the past few years Progressive has been refining its “Pay-As-You-Drive” program, also known as usage-based insurance. The insurer says more than a quarter of a million drivers have participated and it has analyzed more than 2 billion miles driven. Now it is ready to take Snapshot countrywide.

Drivers currently enrolled in the optional program are already saving an average of $150 per year, according to Progressive, which says the potential 30 percent discount is the largest it has ever offered.

“Today I’m issuing a challenge to drivers across the country. Get a quote from Progressive and send us a ‘snapshot’ of your driving habits, and see what happens. At worst your rate stays the same. But you could end up saving up to 30 percent on your car insurance,” said Progressive President and CEO Glenn Renwick.

Renwick said Snapshot gives drivers the chance to pay for car insurance based on how they drive, not how others drive. People who drive less, in safer ways and during safer times of day, are most likely to get a discount.

The program is powered by the Snapshot device, which plugs into the onboard diagnostic port found near the steering wheel of most cars built after 1996. The device houses the latest in telematics and mobile technology and wirelessly feeds Progressive information about the customer’s driving patterns.

Progressive has been awarded a series of patents on the methods and systems used in Snapshot.

In addition to saving drivers money, Progressive says that usage-based insurance programs like Snapshot can also lead to safer roadways and a cleaner environment. The changes drivers are generally encouraged to make to maximize their savings, such as driving defensively and driving fewer miles, also have a positive impact on road safety and result in fewer carbon emissions.

“Snapshot is about much more than just really cool and fun-to-use technology – it’s a whole new way to think about car insurance,” said Renwick. “We believe Snapshot is a game changer – representing the future of auto insurance as our mobile and interconnected world gives us the opportunity to offer immediate and substantial savings to our customers.”

Progressive today began advertising the program nationally and says more states will be added throughout the year. In addition to being available directly from the insurer, it is available from independent agencies in some states and the company said more agencies are being added.