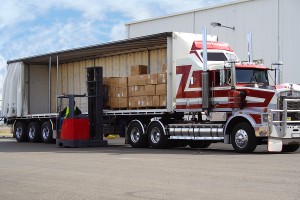 The federal government is no longer requiring that about 76,000 of the nation’s for-hire truckers carry cargo liability insurance.

Over the objections of shippers and transportation brokers, the Federal Motor Carrier Safety Administration (FMCSA) issued a rule effective March 21 that lifts the requirement for these for-hire motor common carriers that represent about 30 percent of the nation’s truckers.

Household goods motor carriers and household goods freight forwarders will continue to be subject to the FMCSA’s cargo insurance requirement.

The agency said it found enforcement of the rule is not necessary because most truckers carry insurance beyond the mandatory limits. It also said the requirement falls outside its primary responsibility, which is safety.

There are another more than 150,000 motor carriers that are already exempt from the government insurance mandate for various reasons.

The federal government has required some carriers to buy cargo liability coverage since 1935. But federal law actually gives regulators the discretion whether to mandate the insurance. Jurisdiction over motor carrier and freight forwarder cargo insurance was transferred to FMCSA from the Interstate Commerce Commission (ICC) in 1999 and regulatory proposals to eliminate the requirement have been under consideration since at least 2005.

The change means that insurance companies no longer have to attach an endorsement (Form BMC-32, Endorsement for Motor Common Carrier Policies of Insurance for Cargo Liability) to cargo insurance policies.

The federal agency said it found that motor carriers typically have cargo insurance well in excess of the regulatory requirements, in part because many shippers require such insurance as a condition of doing business. Also, it said some common carriers offer shippers the opportunity to purchase additional cargo insurance and shippers have always had the opportunity to purchase cargo or inland- marine insurance directly from insurance providers rather than rely on motor carriers and freight forwarders to provide coverage for loss and damage risks.

FMCSA said it asked five insurers with the largest number of cargo policies what percentage of their clients carry more than the $10,000 aggregate minimum. All five insurers said that most of the policies they write for cargo liability are well above the FMCSA minimum. Most said their policies are for $50,000 to $100,000 liability.

Based on its inquiries, FMCSA said it believes most carriers will continue to carry cargo insurance because their customers will require it.

The Property Casualty Insurers Association of America was among the business groups backing the change, arguing that the private insurance marketplace should determine appropriate insurance coverage.

However, shippers, shippers’ freight claims collection services, transportation brokers and traffic consultants opposed the lifting of the insurance requirement, arguing that it is an important protection for the shipping public and that the BMC-32 endorsement is the only protection for shippers against high deductibles and other exclusions from liability found in cargo liability policies.

FMCSA also said it believes the insurance mandate may have encouraged some commercial shippers and for-hire motor carriers to conduct business inefficiently. “Shippers and motor carriers may have been taking transportation and business risks they probably would not have taken absent the BMC-32 endorsement. Carriers also may not have been spending adequately on cargo anti-theft/anti-damage systems, including training carrier personnel,” the agency wrote in its final ruling.

“When this final rule becomes effective, FMCSA believes the market will improve itself. Shippers and motor carriers will begin to better assess their risks and provide better cargo theft and loss prevention measures,” the agency said.

Opponents had tried to get Congress to intervene to block the final rule. In one attempt, a March 8 letter to the Senate Subcommittee on Surface Transportation, Raymond A. Selvaggio, representing the Transportation & Logistics Council Inc., a trade group for shippers, wrote that the FMCSA’s move will “have a dire impact, not only on our members, but the entire transportation community.”

However, legislation to intervene that was filed by Senators Olympia Snowe and Amy Klobuchar failed to advance.