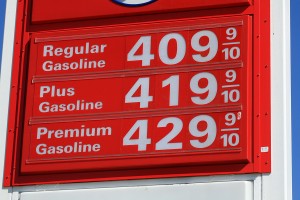 As gasoline prices reach $4 a gallon throughout the nation, pain at the pump seems to have at least one silver lining for drivers and insurers.

The rising cost of gas also drives a decline in all traffic accidents, including drunk-driving crashes, according to a new study by Mississippi State’s Social Science Research Center.

Researcher Guangqing Chi, an assistant professor of sociology at the university, published his findings in the Journal of Safety Research and Accident Analysis and Prevention.

Chi examined a range of factors related to driving-related accidents in the state, including age, gender and race. The study analyzed total traffic crashes between April 2004 and December 2008, comparing gas prices to traffic safety statistics.

“The results suggest that prices have both short-term and intermediate-term effects on reducing traffic crashes,” he reports in the journal article.

While previous research linked traffic-related fatalities to gas price fluctuations, limited research has shown the effects of prices on all traffic accidents. No research previously examined the link between drunk-driving crashes and gas prices, Chi observed.

His research also found significant connections between gas prices and a reduced frequency of alcohol-related crashes.

Other researchers contributing to the study include SSRC director Arthur Cosby; David Levinson, an associate professor of civil engineering at the University of Minnesota; and Mohammed Quddus, a senior lecturer in transportation studies at the University of Loughborough, United Kingdom.