Workplace wellness doesn’t seem to be all that high on the list for small businesses, where getting employees active and moving seems to be taking a back seat to other priorities.

A poll designed to find out how much small businesses practice the idea of workplace wellness showed not only is there too much sitting, but also employees aren’t taking enough breaks and they are taking too few vacation days.

Small firms are the nation’s biggest employers. Currently small businesses provide 55 percent of all jobs, a ratio that’s growing, according to the U.S. Small Business Administration

These options include sit-stand desks, treadmill desks or balance balls. 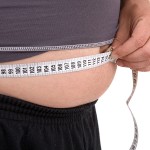 This may sound a bit out of the ordinary compared to typical office furniture, but these progressive ideas seem to be slowly making their way into what constitutes good employee wellness programs.

Treadmill desks not only provide self-evident health benefits by keeping employees moving and exercising, but some studies suggest improved cognitive function in people who used them. One study performed by Canadian researchers in 2014 shows use of a treadmill desk can improve attention and memory after the user has stopped walking.

The desks sell anywhere from $500 for what appears to be merely a waist-high desk attached to the front of a treadmill to $2,000 for a variable height, Bluetooth-enabled model.

Balance balls as office chairs are designed to keep a person’s body constantly making small adjustments to remain balanced and therefore stave off the stagnant lethargy of a comfortable executive chair, according to proponents of such furnishings.

These concepts seem to be gaining popularity in step with a slew of negative reports coming out on the adverse effects of too much sitting.

According to WebMD, in just the last month researchers have reported that sitting for long hours is linked to: worse mental health; higher risk of death from heart disease and other causes; and higher risk of being disabled.

The Employers’ poll shows nearly one-third of small business said that their employees typically remain seated for more than an hour at a time, and 42 percent do not provide monitor stands to improve the posture and comfort of employees who primarily work on computers.

The take home message from the poll is that small business and those providing workers’ comp for small businesses may want to start thinking of ways to get workers off their duffs.

Sedentary work environments are also related to an increase in obesity, which in the workers’ comp segment brings up concerns of co-morbidities, which make treating work-related injuries more difficult and costly.

A study from Duke University of workers’ comp claims in 2007 comparing two worker groups with a high body mass index versus those with recommended body weight showed obese workers averaged twice as many claims – 11.65 compared with 5.8 per 100 full-time equivalents – and had almost a 10-fold increase workdays lost, medical claims costs and indemnity claims.

“Obesity’s becoming much more of an issue,” Quezada said. “It’s something that’s starting to impact the workplace.”

According to the Centers for Disease Control, during the past 30 years obesity rates have increased dramatically, and now one-in-three adults are considered obese.

Quezada believes increased obesity rates among Americans has coincided with the advancing reliance on technology in offices – starting with the increasing use of the personal computer in offices around the early to mid-1980s.

“If you think about it and look at that correlation between the increase in obesity rates and the introduction of computers into the work place they align,” he said.

A 2011 study from Harvard researchers looking at a period between 1980 and 2008 found mean body mass index worldwide rose markedly each decade for men and women.

An answer to all of this, Quezada believes, is workplace wellness programs.

“While we’re not advocating for people to stand 100 percent of the time, we are advocating employers offer the ability for employees to alternate between sitting and standing,” he said.

If a treadmill desk is out of an employer’s price range, there is the option of buying sit-stand workstations with a keyboard and monitor on an adjustable arm to enable employees to stand up and do some work, he said.

The poll also shows about half of small business employees (55 percent) who primarily work on computers are encouraged to take routine breaks to rest their eyes.

Small business employees don’t take enough breaks or vacation time either. The study shows 23 percent of employees often wait up to three or four hours before taking a break, and two out of five employees do not use all of their allotted time off from work each year.

Employers targeted small businesses in their survey because they specialize in that segment – their average policyholder pays less than $10,000 workers’ comp premium.

Unlike bigger employers, which may have the resources to help their employers get fitter and move about more, such as on-site gyms and locker rooms, Quezada believes small business may have to find creative ways to get their workers on their feet.

If investing in new furniture is out of the question Quezada has suggested that small employers encourage their employees to try and take a walk at lunch, to take stairs as opposed to elevators, instead of parking next to the office parking a few blocks away or encouraging people to ride a bike to work.

As for Employers’ employees, Quezada said a more active office environment is encouraged, but they haven’t gotten around to replacing office chairs with balance balls.

“We’ve had some conversation around that, but we do not do that today,” he said.