Carriers are spending big on advertising, and agencies are working to become increasingly more sophisticated and reach out to more and more people.

In the world of insurance, that’s just doing business as usual.

But the efforts seem to be greater and more focused on success than ever before, said Jeff Rieder, head of Cincinnati, Ohio-based consultant Ward Group.

The NAMIC convention drew thousands of members from the insurance industry. The convention, which runs through today, featured a variety of seminar topics, including: Do’s and Don’ts of Social Media Marketing; Attracting, Engaging, and Retaining the Workforce of Tomorrow; More Bang for Your Buck: Maximizing Cyber Security With a Minimal Budget; Underwriting Property and Liability

Rieder conducted a seminar at the conference titled “Changes in Agent Distribution.” 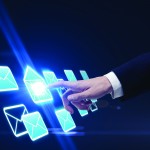 He said this intense effort from the industry to reach out to more people is due not only to increasingly fierce competition, but also to a more demanding and finicky customer.

To contend with these changing consumer dynamics more insurers and agencies are offering more self-serve services, particularly on mobile platforms, he said.

Roughly 78 percent of companies now offer consumers the ability to report claims online, and 79 percent offer that capability via a mobile device, according to Rieder.

Nearly half of companies offer an online bill pay capability, he added.

Increasing pressure on independent agencies has also led them to focus on the bottom line more often, he said.

According to him, loss ratio, premium growth and policy growth are the top three most important metrics agencies say they are concerned with.

While there are concerns out there among independent agencies, nearly half seem to believe their analytics capabilities measure up with their competitors’.

Based on his research he offered a few thoughts for agencies to keep in mind, which include:

Phillip Reynolds, CEO and founder of BriteCore, a Springfield, Mo. Based software provider for property/casualty insurers, also talked about the importance of mobile technology.

“Mobile has developed faster than any technology in history,” he said.

According to him, mobile has seen a 71.1 percent year-over-year growth since it emerged.

Other stats he threw out include: 40 percent of adults now own tablets; tablets have experience 79 percent year-over-year growth; there are 7.5 billion active smartphones; the average smartphone user spends 4.7 hours per day on their device.

He noted that three years ago when he started tracking these statistics, the average on the last stat was a mere 2.6 hours.

And people aren’t just playing Angry Birds and Candy Crush on their phones, it seems.

He also spoke on responsive design, in which websites are made to adapt to the device on which they’re being viewed to optimize consumer experience.

Regardless of whether a company offers a website, or an app, or both, the user experience should be the same.

“Customers want their interaction to be quick and painless,” he said.

According to him, 48 percent cite a website or app design as a part of their decision-making about the credibility of a business, and more than eight in 10 people who have had one bad user experience are unlikely to return to an app or website.