When many people in the insurance industry think of the City of Hope, they probably associate it with the well-publicized National Insurance Industry Council’s Spirit of Life Award gala each year that has raised millions and brought together industry professionals from all walks of life.

But there’s a lot more going on beside the annual event if you ask Ken Birkett, director of development of NIIC for the City of Hope.

According to Birkett, over the past 37 years NIIC has raised more than $27 million to help fund the Duarte, Calif.-based center’s research efforts.

“A lot of good things have come out of this group,” he said.

The group has raised money through a variety of events – though most notably the gala – that include golf and bowling tournaments, as well as other outings.

Nearly 100 insurance companies and firms are now involved with NIIC, which was started in 1978.

“We’ve just kind of grown that into a national presence,” Birkett said.

This year’s honoree was Mike Miller, president and CEO of Scottsdale Insurance Co. The 2016 honoree is Christopher J. Swift, chairman and chief executive officer of The Hartford.

Past honorees read like a who’s who in the P/C industry.

One past honoree is Tony Markel, the name and the man behind building Markel Corp. into one of the largest P/C insurance companies in the U.S.

Markel became involved with City of Hope in 2006 after the NIIC honored him with its annual Spirit of Life Award.

Months after Markel received the award his wife Sue was diagnosed with ovarian cancer. While she was being treated in Virginia, the Markel’s also got help and advice from cancer experts at City of Hope. Sue Markel fought the disease for 13 months before dying in 2008, but the experience with City of Hope inspired Markel to establish the Markel/Friedman Fund for Research into Ovarian/Peritoneal Tumors at City of Hope.

The other name on the initiative is retired City of Hope CEO Michael A. Friedman, who is now an emeritus cancer center director.

Despite already reaching its goal, the initiative kick started by Markel will continue on, Birkett said.

“Tony’s agreed to fund it for next year for a million dollars the first year and then at least $500,000 to $1 million for every after while he’s alive,” Birkett said.

Several groups beside the insurance industry are involved in fundraising for City of Hope. Among the nearly two-dozen industries represented are groups from music and entertainment, office products, food, home improvement and hardware and furniture.

Before it became a research and treatment center for cancer, diabetes and other life-threatening diseases, City of Hope in the early 1900s began as a place to house people suffering from tuberculosis. It was originally named the Los Angeles Sanatorium and consisted of tents for patients and caregivers, but its nickname City of Hope stuck.

City of Hope operates on a budget of more than $1 billion per year, and employs roughly 4,000. More than 12,000 bone marrow and stem cell transplants have been performed by the facility, which holds more than 300 patents.

City of Hope is a cancer and diabetes research and treatment facility that gets if funding from charitable groups, such as the National Insurance Industry Council.

The Duarte, Calif.-based facility has some impressive accolades. Here are a few: 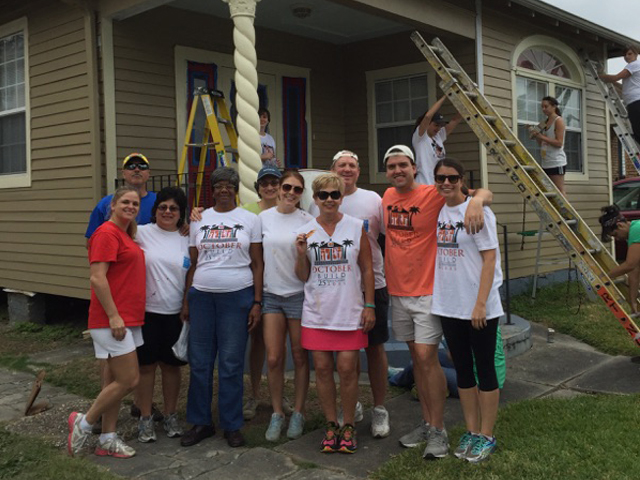 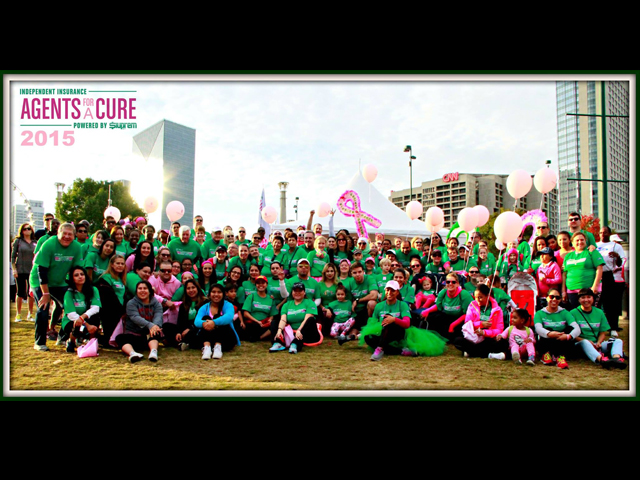 Siuprem Inc., an independently owned and managed premium finance company, based in Alpharetta, Ga., supports the fight against breast cancer by committing $5 for each commercial insurance policy financed, to the American Cancer Society for breast cancer awareness and research. Over the past six years, with the support of SIUPREM’s Independent Insurance Agency Partners, SIUPREM CARES has donated more than $250,000 to breast cancer awareness and research. The goal in 2016 is to donate an additional $70,000. 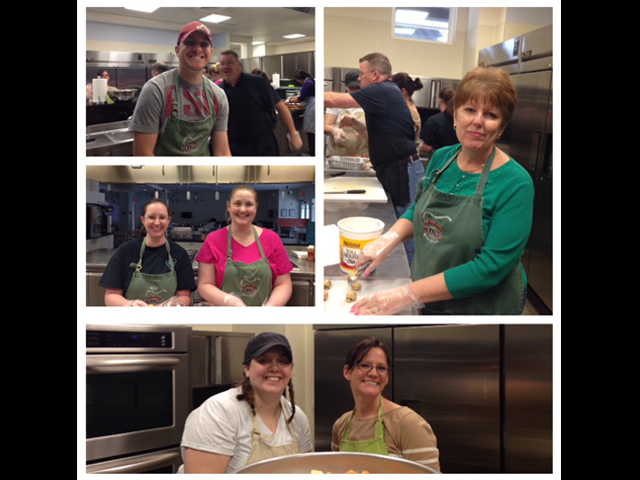 Once a quarter, Insurance Technologies Corp. (ITC) cooks dinner or lunch for the families staying at the Ronald McDonald House in Dallas. 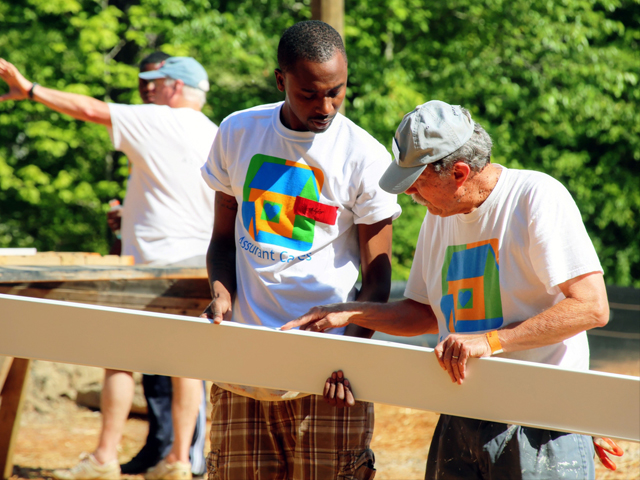 Through the Assurant Foundation, the company’s philanthropic organization, Assurant and employees support and partner with organizations that improve communities. One effort includes partnerships with Habitat for Humanity chapters across the country to help build affordable housing for families in need. With a focus on homes and property, employees donate time and sweat equity to make the dream of owning a home become a reality for low-income families. 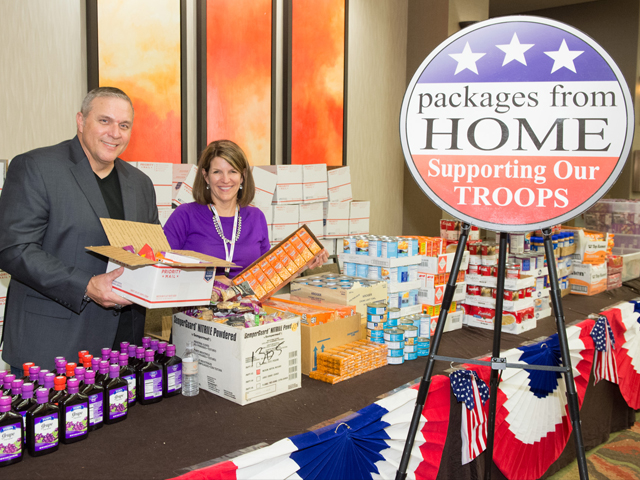 Members of the Target Markets Program Administrators Association purchase, pack and ship more than 1,000 care packages to military men and women serving in Iraq and Afghanistan. In the “Packages From Home” Initiative, TMPAA Charities has raised almost $50,000 to purchase the materials and shipping for these packages. 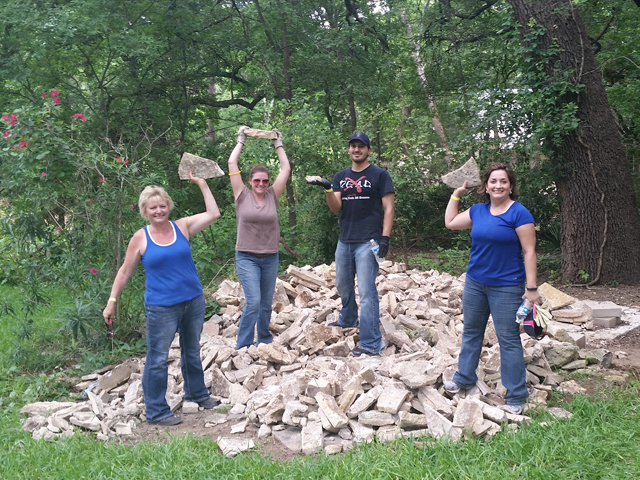 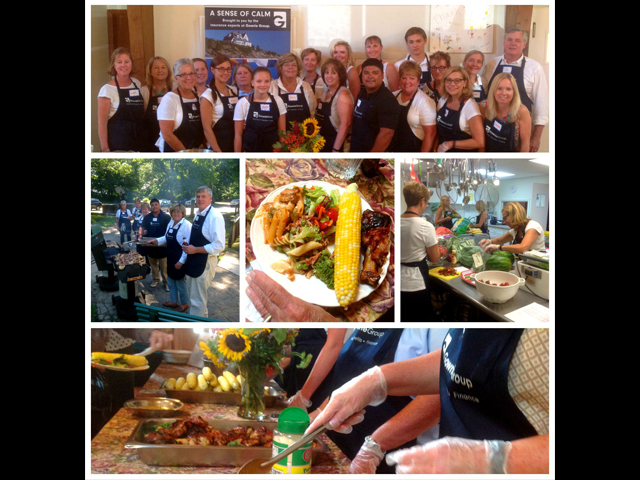 On Nov. 15, Gowrie Group launched its 12th annual Gowrie Challenge with a matching gift of $25,000 to The Shoreline Soup Kitchens & Pantries. Partner sponsors are providing an additional $22,500 in matching funds. Meeting this year’s goal of raising $125,000 will put the lifetime total amount raised by the Gowrie Group Shoreline Soup Kitchen Challenge over the $1 million mark. The agency is challenging local businesses and individuals to join together to help reach its goal. The Gowrie Challenge runs from Nov. 15 to Dec. 31. 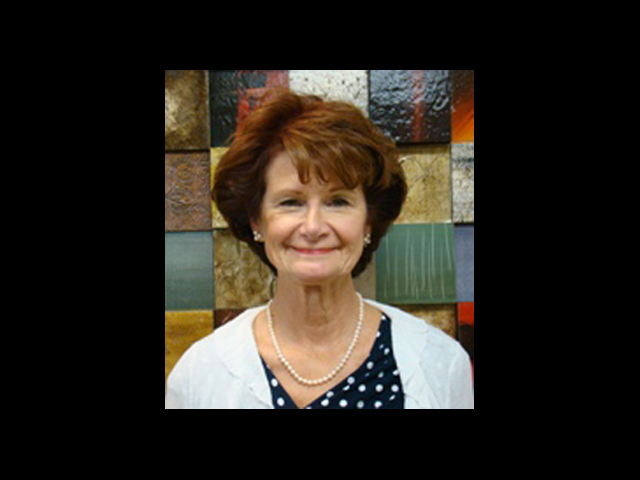 Eagan Insurance Associate Cindy G. Paulin wears many hats in her active life, but during the holidays, one of her favorites is a Santa hat. For the last four years, Paulin has participated in Catholic Charities’ Christmas Adopt-A-Family program. With the help of Eagan co-workers, friends and members of the CPCU Society Deep South Chapter, Paulin collects money to fill the wish list of a family in need at Christmas. This year she adopted two families, with a combined total of 12 children. With the help of her “elves”, she delivered new bikes for each child, toys, gift cards, electronics and all the trimmings, far surpassing the items on their wish lists. In a heartwarming thank you letter, one of the children shared the words of the family’s 10-year-old who asked “Who does this?” to which her brother replied “Santa Claus, dumbo!.” 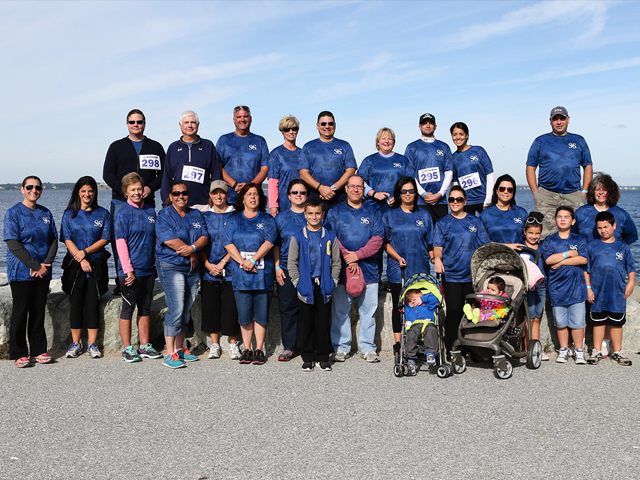 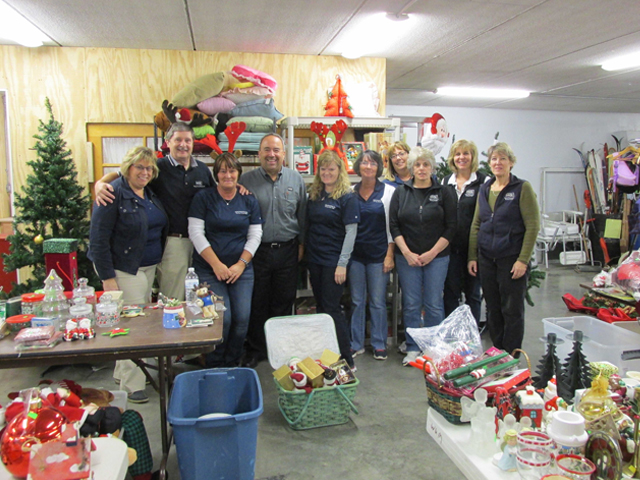 In June, Haylor, Freyer & Coon Inc. partnered with ARISE for our “Corporate Days of Service”. ARISE is a non-profit, community-based organization that works to ensure that everyone, regardless of disability, has the power to make life choices and achieve their dreams. One of the ways they achieve this goal is through a 70-acre therapeutic horse farm which provides inclusive summer camp opportunities, horseback riding lessons and therapy for children with disabilities. Over the course of three days 65-plus employees painted barns, cleaned horse stalls and planted three large rain gardens to provide proper drainage for the new all accessible playground.