While it may seem like the property/casualty insurance industry has been in a soft market for a long time, it’s actually only been four months, according to one brokerage executive who tracks pricing every quarter.

Once again the composite rate for commercial lines in the U.S. was down in December, this time by four percent, according to MarketScout and its chief executive officer, Richard Kerr.

For December 2015, by coverage classification, property, umbrella, workers’ compensation, professional liability, fiduciary, and surety rates were all more competitive in December than in November 2015.

By industry classification, rates in all industries were down more aggressively in December 2015 than in November 2015.

Kerr says the downward trend is due to insurers continuing to battle for market share.

He also points out that this soft market is actually relatively young and less volatile than previous cycles. 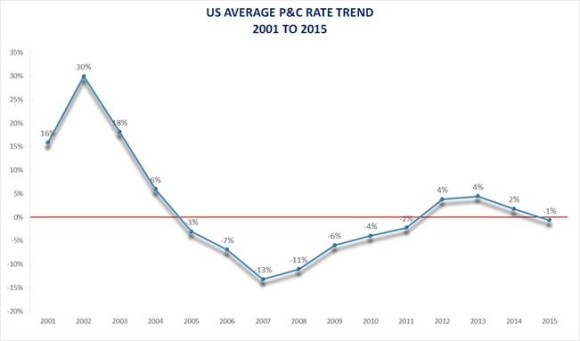 “The market certainly feels like it has been soft for much longer because rates bumped along at flat or plus 1 to 1½ percent from July 2014 to September 2015,” he said, noting that the “technical trigger” of a soft market occurs when the composite rate drops below par for three consecutive months, which has now happened.

“It seems the length and veracity of the market cycles has become less volatile in the last five or six years. Thus the impact of a hard or soft market in today’s environment may be 5 or 6 percent up or down,” Kerr said.

“Underwriters today have better tools to price their products and forecast losses. Further, the chances of a rogue underwriter or company are greatly reduced by the industry’s checks and balances. There may be less excitement but there are probably far fewer CEO heart attacks,” Kerr said.

MarketScout has been tracking the U.S. property/casualty market since July 2001 with help from the National Alliance for Insurance Education and Research. MarketScout’s historical barometer reflects a mean average rate increase of 30 percent in calendar year 2002. For calendar year 2007, the mean average decrease was 13 percent. The current environment is relatively benign in relation to these volatile years.

MarketScout’s summaries of the December 2015 rates by coverage, industry class and account size are set forth below. 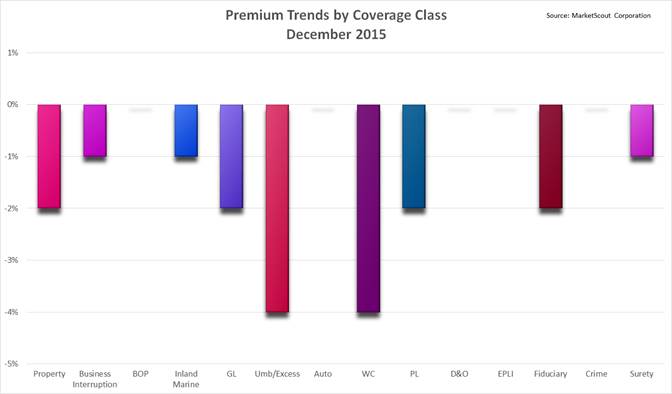 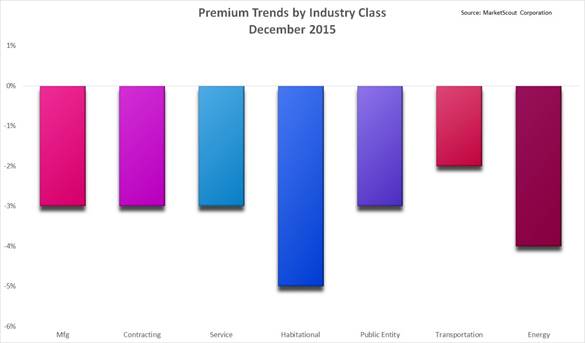 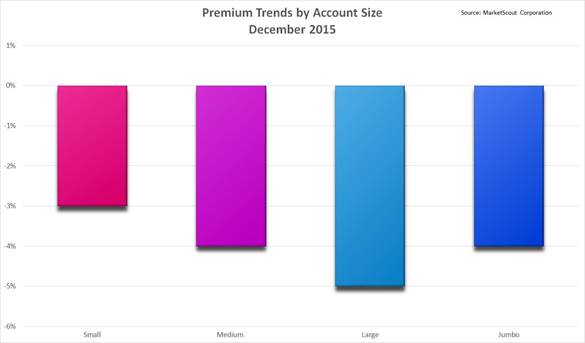