It seems there’s no shortage of financial dishonesty. Two recent surveys seem to indicate that many of us are perfectly willing to lie to save a few bucks.

A survey of 2,115 American adults from NerdWallet released last month shows a surprising number of people will tell a financial lie, and that many would even consider lying if it could result in federal prosecution.

Keith Moore, CEO of CoverHound, sidestepped a question about whether this means Millennials are big, fat liars, but he was more than willing to give his take on what this means for carriers, agents and consumers.

The impact, at first glance at least, is negligible for agents and carriers using third-party information to validate any information before binding, Moore said. 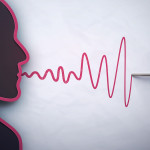 “Where the downside is for the shoppers, who 51 percent of the time are giving inaccurate information, is it’s taking them a little longer to go through a true comparison shopping process and finding the best rates available,” he said.

The most common misrepresentation in the survey was the indication of prior insurance, whether it was dates, price range or the coverage amounts.

“We’re seeing that consumers are not always accurately portraying whether they have current insurance, or previous insurance or are currently insured as we call it,” Moore said.

The survey shows homeowners were more accurate than renters, with renters being 4 percent more likely to omit or provide inaccurate information versus homeowners.

The CoverHound survey also found that women and men lied equally. Nearly the same percent of male and female shoppers omitted or provided inaccurate information either intentionally or by accident.

That finding flies in the face of one of the findings in the NerdWallet survey, which shows men are sometimes twice as willing to tell a financial lie as women.

Twice as many men (16 percent vs. 8 percent) were fine with lying about their income on a credit card or loan application.