While predictive models may not always hold up as well as we hope, luckily the weather forecast did for this sunny Saturday. After a hard week in the office, I was taking my boys out for a day at the local carnival and a ballgame, and the closest thing we’d have to a vegetable was popcorn. Little did I know that the inquisitive minds of children would have me contemplating some of the unique aspects of the insurance coverages used in these industries.

In general, insurance is governed by the law of large numbers, allowing for comparisons between insureds, standardized policy forms, and actuarial approaches. When it comes to the world of entertainment, this is often thrown out the window. Most coverages need to be tailored to the individual insured, and actuarial assumptions need to be re-evaluated given the unique business model of each insured. Industry benchmarks are typically non-existent. This creates a need for non-standard approaches when working in these fields. 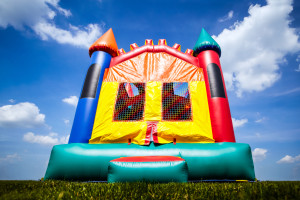 On Long Island, traveling carnivals pop up in parking lots all summer long, attracting kids of all ages and fans of Americana. On this sunny Saturday, I packed up the family and we headed down to the train station, the site of this weekend’s festival. My oldest son let us know definitively that our first stop would be the bouncy houses he loves so dearly. Much to our dismay, this particular carnival had all sorts of rides, games, and food, but did not have a single inflatable attraction. “Where is the bouncy house?!”

“Well, not all carnivals have the same rides,” I tried to explain.

In general, insurance is governed by the law of large numbers, allowing for comparisons between insureds, standardized policy forms, and actuarial approaches. When it comes to the world of entertainment, this is often thrown out the window.

This example highlights the difference between providing coverage for traveling carnivals, theme parks, and other one-off facilities compared with a franchised location. With few exceptions, each of these entertainment spaces was tailored to maximize profit.

For small, mobile operations, this means selecting the rides and games that will make them attractive to the host facility. For the insurer providing cover for the carnival, this means that the pricing needs to be done on a more granular level. Typically, the approach is to price the coverage for each attraction rather than for the collective carnival. A premium is determined for each attraction, and the cost of coverage is based on the sum of the premiums for the attractions at the carnival. This simplifies the underwriting efforts as a unique quote is only needed once for each attraction and does not need to be tailored to each insured.

Pricing individual rides becomes difficult when the ride itself is a unique risk. Larger scale operations seek to provide the big thrill that will draw in crowds. Those big thrills are coming not from tried-and-true roller coasters but from the cutting-edge rides that are considered a “one-of-a-kind” experience. By definition, these rides don’t have a credible history on which underwriters can gather data and price the risk, increasing the challenge of pricing these facilities.

Despite the tragedy of the missing bouncy house, we went to the main booth to purchase tickets for the attractions. My youngest son pointed out that the young lady helping us had a walking boot on and the older man helping the other line had his arm in a sling. “Seems like the ticket booth is more dangerous than the haunted house!”

Workers’ compensation can be a costly and uncertain line of business, but many entertainment facilities have found ways to cut down the tail of their compensation books. Extensive use of back-to-work programs allow for employees to return to active employment, although often in a different role than they originally performed. For example, a ride mechanic with an injured shoulder may not be able to perform his daily duties, but can be brought back to work as a ride operator or concessionaire until his injury has healed. The impact of these back-to-work programs is a notable decrease in the tail of the indemnity losses and lower loss costs in general.

After a fun morning at the carnival, we headed over to the minor league stadium to catch a ballgame. We always grab a spot down the third baseline just behind the dugouts, although this year our view was a bit different. The team had extended the protective netting from behind home plate to reach down to the ends of the dugouts, now in our line of sight.

Historically, landowners have been protected from liability claims when objects leave the area of play and enter the crowd by what is commonly known as the baseball rule. As long as a reasonable level of protection was in place, fans were considered to have assumed the risks inherent in watching the game being played in front of them. However, in a world where “distracted” can be used to describe how most activities are performed, the question of what is considered a reasonable level of protection is more debatable than ever. This is at least part of the reason why stadium and arena property managers have sought to increase the protection afforded fans in premium seats. As lawsuits from injured fans become more prevalent and some jurisdictions increase the standard of care required, the prudent move is to redesign the property with enhanced safety measures.

This has become a hot topic for Major League Baseball, where teams have been encouraged to increase the amount of protective netting used to protect fans from foul balls and broken bat splinters. While the impetus for these moves is likely a good faith reaction to the increased number of injuries in recent years, it would not be surprising to hear that insurers were pushing for the change as well.

In the second inning, we overheard the season ticket holders in front of us lament the loss of last year’s star pitcher. Tommy John surgery would have him sitting out the whole year. My sons had just started figuring out how to leverage chores into allowance, so the logical question for them followed. “Daddy, does he still get paid even if he doesn’t play?”

As injuries during sporting events are so common, professional athletes universally have clauses in their contracts guaranteeing their base salary in the event of an injury. Like any contract, there are certain terms and conditions involved that may prevent them from collecting. The primary example of this is if the injury was sustained during a specifically forbidden activity such as snowboarding or BASE jumping. The team owners do not want to take on additional risk, much like an insurer would deny coverage on a homeowners policy if the insured were found to have contributed to a fire by storing large quantities of fireworks in the basement.

As the annual value of professional athlete contracts has grown, owners have mitigated the risk of spending a significant portion of their payroll on an injured, and thus non-contributing, member of the team. They do this by purchasing insurance to cover themselves should a key player miss a substantial amount of time. In many ways, these coverages are similar to catastrophe insurance. There is typically an event trigger with the injury being the notification to the insurer that a claim may be coming. The indemnity trigger would be the amount of lost service time required to trigger a claim, whether that is a certain number of games or performances or a certain portion of the season. Most of these policies have limits related to the value of the contract being insured and are reinsured as no one insurer would want to hold all of the risk for each policy and instead diversify the risks.

Performance-based policies are not unique to the sporting world. Event coordinators take out policies to cover themselves should performances need to be cancelled. An example is the coverage of concert tours, where a performer’s illness can lead to several cancelled shows and substantial costs to either repay or reschedule the events.

The seventh-inning stretch reached us with the home team ahead by two, but all the kids cared about was the dancing mascot and whether or not Chris from Massapequa could win everyone in the crowd a free pizza and himself a new truck. All he had to do was throw a ball from the right field corner into a garbage can set up at third base.

Promotional events often have long odds but big payoffs. While the advertising may be great for business, should the sponsor have to pay out, it may be a substantial hit to its bottom line. 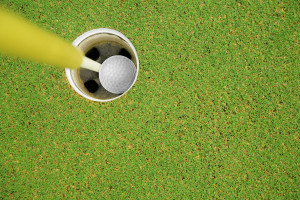 For this reason, the contests seen during half-time shows and charity golf events are typically run by a promotional company. The sponsor pays a fee to the promotional company, locking in the cost of this advertising, and the promoter bears the risk involved in paying out the potentially substantial prizes. This essentially works as an insurance policy, with the fee acting as a premium to indemnify the sponsor against paying out the jackpot or grand prize.

Similar to underwriting unique theme park exposures, the historical data available to set a price on these events is not substantial. 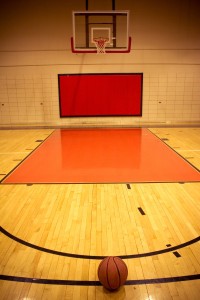 Many of these promotions require the participant to successfully complete a very difficult task, such as making a half-court shot or hitting a hole-in-one. The promoters often try to include exclusions to keep the odds in their favor, e.g., not allowing former college basketball players to participate in half-court shot events. However, accurately selecting the frequency with which these feats are successful given a random participant with no practice and the pressure of the moment is a fool’s errand.

Fortunately for the promoting company, these events are increasingly run through promotional companies, and this has allowed for more data collection and a more credible historical database to be used in pricing them.

Insurance coverage is necessary in many aspects of the sports and entertainment industries, and the unique nature of these experiences creates a need for non-standard actuarial and underwriting approaches. This allows the minds pricing these coverages to be almost as creative as the minds designing the experiences.

Carbone, FCAS, is a consulting actuary with the New York office of Milliman. Email: william.carbone@milliman.com.