Denying a petition to loosen marijuana restrictions, U.S. officials said regulations on the drug’s use will remain in place, although more of it may be available for research into potential medical therapies. 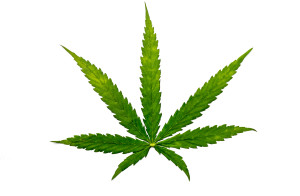 The U.S. Drug Enforcement Administration will maintain marijuana’s status as a schedule 1 drug, the most restrictive of five agency classifications, which means it’s considered highly addictive and without medical benefit. However, the agency will permit new suppliers to boost the quantity of marijuana available for study. Currently, researchers can only study marijuana overseen by the National Institute on Drug Abuse, which contracts with the University of Mississippi to grow supplies.

The plan is a disappointment for critics who had hoped the agency would recognize the potential medical benefits of the plant and possibly ease the way for companies, such as GW Pharmaceuticals Plc, to develop cannabis-based medications. Those include possible treatments for nervous-system disorders like epilepsy and cancer pain using cannabidiol. Cannabidiol is one of the active chemicals found in marijuana, though unlike THC, the main psychoactive chemical in pot, it doesn’t cause intoxication.

“Not everyone agrees marijuana should be legal, but few will deny that it is less harmful than alcohol and many prescription drugs,” Mason Tvert, a spokesman for the Marijuana Policy Project, said in a statement. “Removing barriers to research is a step forward, but the decision does not go nearly far enough. Marijuana should be completely removed from the CSA drug schedules and regulated similarly to alcohol.”