President Donald J. Trump announced today that he, his family and his Cabinet of billionaires are personally bankrolling MAGA Health Insurance Co. that will offer health insurance to many Americans.

In a morning Tweet, Trump said the coverage will be “the best there is, great, great coverage and the premiums will be low, low, low.”

Coverage will be available to every American except members of the Freedom Caucus, residents of blue states and Rosie O’Donnell.

Trump promised that Trump University students would be able to remain on their parents’ policies for life and that most pre-existing golf injuries would be covered. He said the company will sell insurance across state lines and in Russia.

“If you like your insurance, you can keep it,” said Trump. “But that would be stupid because ours will be much, much greater.”

Sean Spicer, White House spokesman, told Insurance Journal that the headquarters will be in Trump Hotel in Washington and that a Russian firm has been hired to handle the startup’s lobbying and marketing. 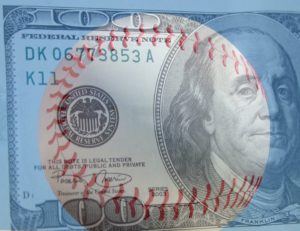 The man who built World Series baseball teams for two championship- starved cities has been tapped to run one of the world’s largest insurance companies that has been cursed by allegations of cheating and had to be rescued during the financial crisis.

Epstein will be coming in to relieve Peter Hancock, who announced last month he would be leaving.

The Chicago Cubs had not won a World Series in 108 years prior to last year, when Epstein’s five years of prospecting, planning and trading came together to conquer the “Curse of the Billy Goat.”

The 2016 World Series victory was an encore performance for the young executive—he engineered the same result in 2004 for the Boston Red Sox, ending that franchise’s 86-year “Curse of the Bambino.”

The financial world will be watching to see if the sports genius can compete in the financial big leagues and end the “Curse of the Spitzer,” named after former New York Attorney General Eliot Spitzer. Spitzer brought various lawsuits against the company’s legendary CEO Hank Greenberg and others. That was right before the financial crisis exposed problems at one of AIG’s units that led to an $85 billion bailout by the U.S. government.

“I don’t believe in curses,” Epstein said this morning at a press conference at AIG’s headquarters in Manhattan, repeating what he said many times to the press at Fenway Park and Wrigley Field.

“AIG is a storied franchise,” said Epstein. “It is an honor to put on the AIG uniform.”

Epstein, who built the Red Sox and Cubs from the ground up, said there are no shortcuts to success and said it could take four or five years to build AIG into a contender.

“I believe in hard work, building a strong farm team and international trade,” he said.

He stressed the importance of good underwriting discipline, or what he called “control over the strike zone.”

Asked what he was looking forward to as a change from baseball, he said not having his office next to a locker room, having weekends off, and being able to enjoy April Fool’s Day. 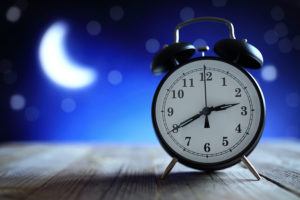 Insurtech: Insurance for the Person Who Owns Nothing

Joe Smith no longer owns anything except for the clothes on his back, his beloved surfboard and a watercolor his mother painted for him when he was in high school. For everything else, including his lodging, car, boat, bicycle, tools, lawnmower and yes, even his pet — he turns to sharing sites.

He has apps for Airbnb, Uber, dog.com, the local library and other sites that he uses regularly to get what he needs, when he needs it.

Smith is the perfect customer for Minute Insurance, the latest app for buying insurance only when you need it.

Ohn says her offering turns an experience most insurance customers do not think of as one worth remembering into just that—an experience they will quickly forget.

“We are taking the romance out of insurance buying. It’s ‘real quick, just a click’ and people who have not made any property commitments can get the insurance they need for all of their non-possessions,” says the insurance technology firm CEO.

The Minute app is currently in beta. Ohn said she doesn’t know how long it will take to release it but that it will probably come down to the last minute. “We were aiming for today but were afraid too many people would think it was a joke if we launched on April Fool’s Day,” she told Insurance Journal.