Over the past five years “InsurTech” has become a thing. Much like FinTech companies applied technology and entrepreneurship to the banking sector a decade ago, a new generation of startups are racing to do the same for the centuries-old insurance business. InsurTechs are using technology to help customers manage or mitigate risk. With billions of dollars of venture investment and over a trillion dollars of market cap for incumbents, the stakes are high.

When you’re a hammer, everything looks like a nail. I happen to be deep in the InsurTech movement, so perhaps that makes me a hammer. I’ve been called worse. Before you laugh me out of the room, let me explain why MoviePass is an InsurTech company.

MoviePass began with a simple promise to their customers: see as many movies as you’d like each month, for a fixed fee of $9.95 per month. You might see zero movies. You might see thirty. It’s the same $9.95 for the consumer, regardless. Now reframe this promise through the lens of insurance. $9.95 is the insurance premium, being charged to cover the uncertainty around your movie expenses. MoviePass bears the financial risk of how many movies you see each month! It’s not usually described as paying out a claim, but every movie ticket covered by the service is, in effect, paying out an insurance claim.

I don’t mean to suggest that consumers think of this as insurance per se. Managing uncertainty around the “movie budget” is not high on consumers’ list of worries. That said, as a customer myself, part of the appeal has been knowing I have locked in part of my entertainment budget, free and clear each month.

So far, so good. But Helios & Matheson, the parent company of the service, has had well publicized…challenges…to the point where people debate whether it even has a future. Can the view of MoviePass as an InsurTech company, rather than a media company, provide insight into their struggles? Yes, yes it can.

The structural flaw of MoviePass is made profoundly obvious when viewed as an InsurTech.

One of the core concepts of insurance is moral hazard: the possibility that a customer might change their behavior and take on more risky behavior, knowing they are insured. It makes intuitive sense. If my health, life, house or car are covered, I can afford to be a little less careful. Of course there are plenty of good reasons to take care of your health, life, house or car, no matter how well insured. Deductibles are one way of countering moral hazard. Caps on coverage are another. And having personally had a housefire three years ago, there’s plenty lost that can never be covered.

MoviePass is “insuring” the financial risk of how many movies I see each month – which is wildly, massively susceptible to moral hazard. Once I know there’s no cost to seeing another movie this month, I’m prone to see more movies this month, perhaps many more. Time is valuable and there are only so many movies running that I might want to see, but that counters moral hazard only so much.

There are other businesses that could be viewed through this lens. Spotify is similar: for one fixed monthly fee, a consumer eliminates the financial risk with paying to listen to music. Indeed, it’s fair to say that subscription music also has moral hazard. Spotify increases total listening-hours for its customers, just as MoviePass increases total theater-hours.

There’s a key difference. Spotify designed itself from the start to handle this, ensuring the cost of paying claims is commensurate with the monthly “premium.” It appears MoviePass did not. One might argue that MoviePass simply charges too little, as the $9.95 fee won’t even cover the cost of a single movie at some theaters, but it doesn’t support increased consumption whatsoever.

The question now becomes: How does MoviePass respond? We can understand what they’ve done so far, through the lens of insurance. First they applied limits on coverage, a maximum of 3 movies per month. Not unlike home-owners insurance, this creates a cap on their exposure. One can debate whether 3 is the right cap, but it’s a conceptually sound way to manage their downside risk.

MoviePass also instituted exclusions on coverage. Certain movies are no longer covered by the service. This is analogous to your auto insurance policy which might exclude coverage of your vehicle when you’re driving it for Uber.

And finally, MoviePass borrowed from the world of health insurance by requiring a co-pay for some claims. They call it “peak pricing” but make no mistake, this is a co-pay, and it is absolutely designed to address moral hazard. There’s a big psychological impact when I have to lay out even a few dollars compared to free.

These changes could all be appropriate steps to ensure a sustainable business. But in making such changes aggressively and after-the-fact, MoviePass has lost trust with many customers. Maintaining trust with the customer is paramount in insurance. As a consumer I pay my premium, and I expect the insurance company to deliver as promised. Insurers are doomed when they lose that trust. We may soon learn whether the same applies to MoviePass. 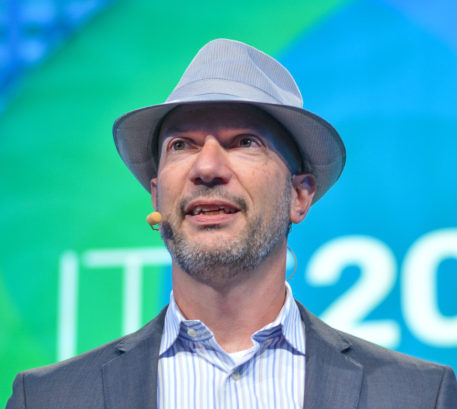 Caribou Honig is cofounder of QED Investors, a boutique venture capital firm focused on financial services. His investments span an array of marketing, payments, and insurance technology companies particularly where B2C customer acquisition drives the business. He serves on the Darden Corporate Advisory Board and is Chairman & Cofounder of the InsureTech Connect conference.

Here’s What Happened to Commercial Insurance Renewal Premiums in April

Business Interruption Claimants Like How Some Localities Worded Emergency Orders