While it has helped many people recover from flood events, in almost every other instance, it has not helped to facilitate the private flood insurance market and has cost taxpayers about $40 billion so far. Congress should act to transform the NFIP from a government-subsidized monopoly into what Congress originally intended it to be – a facilitator of privately underwritten flood insurance and an insurer of last resort.

Five Steps to a Self-Correcting NFIP

In a May 2019 letter to Congressional leadership, the four most recent administrators of FEMA, which houses the NFIP, expressed concern over the NFIP:

“…..the National Flood Insurance Program …..is in desperate need of reform. Change is needed to allow the NFIP to pay off its debt and serve its purposes.”

There are five simple reforms that will leverage the strength of competition to cure the negative outcomes delivered by the NFIP monopoly.

Beginning in 2013, the NFIP was directed by Congress to increase rates ranging from 25 percent to 5 percent per year depending on categories defined by Congress until actuarially valid pricing was achieved.

Rather than achieving overall increases, NFIP data indicate that rates per hundred of insured value remained essentially static for most structures at about $.27 during 2013, 2014 and 2015, but then sank to about $.266 in 2016 and down even further to $.255 in 2017 for an overall rate decrease of about 0.1 percent. Under its Congressional mandate, the NFIP could have increased the overall rate by a significantly larger percentage than it has and by now, might easily have achieved an average overall rate of $0.35 to $0.60. Had the NFIP taken such increases, it would have already generated many billions of dollars in additional premium and borrowed billions less from taxpayers.

In that same May 2019 letter to Congressional leadership, the four most recent administrators of FEMA expressed concern over the NFIP’s funding of repetitive losses:

“By incentivizing Americans to live in vulnerable areas without taking steps to mitigate the risk, the NFIP gives property owners a false sense of security,” they wrote. “In the absence of reforms, costs in taxpayer dollars and lives lost will only get worse.”

Under the NFIP’s proposed new rating method referred to as Risk Rating 2.0, the NFIP aims to use methods pioneered by the private flood insurance market to more accurately determine the flood risk of an individual property.

In a recent report, CoreLogic found that 23 percent of U.S. homes are at high or moderate risk of flood, but are located outside official FEMA flood zones. In Florida, 54 percent of homes fall into this category.

This study along with others indicate that the nation’s flood insurance premium pool can easily be doubled.

It appears that only Congress will be able to pressure the NFIP to step back from two practices that limit consumer choice in flood insurance and guarantee continuing taxpayer losses.

First, Congress must disallow NFIP rules that prohibit NFIP policyholders from getting a premium refund when a policy is cancelled prior to its expiration and coverage is replaced with a private flood policy. There is no practical reason to continue this abusive practice.

Second, Congress must end NFIP’s “continuous coverage” rule, which requires policyholders to “remain loyal” to the NFIP or risk having their rates go up should they choose to return to the NFIP from the private market.

You can make a difference. Contact Congress and tell your representatives that by taking these five simple steps, they can flip a switch that will automatically restore the original intent of Congress and turn a money-losing government-sponsored monopoly into a problem-solving insurer of last resort. They can reduce flood insurance costs for virtually all Americans as competition drives efficiency and lowers prices. 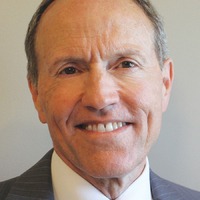