Claims and regulatory actions involving per- and poly- fluoroalkyl substances (PFAS) are continuing to evolve at a rapid pace across the country. From the ongoing multi-district litigation in District Court of South Carolina, involving hundreds of claims, to the U.S. Environmental Protection Agency’s release of its Strategic Roadmap for PFAS in October 2021, it is clear that litigation and regulation of PFAS are really just ramping up.

PFAS, which have been around since the 1930s, gained wider use in the 1960s, showing up in all manner of products including firefighting foam, carpeting, metal working fluids, cosmetics, and even food packaging. PFAS include chemicals such as perfluorooctanoic acid (PFOA), perfluorooctanesulfonic acid (PFOS), GenX and more than 7,800 others.

PFAS chemicals are extremely stable and persistent in the environment and in the human body, meaning they do not break down and can accumulate over time—thus they are given the moniker of “forever chemicals.” These chemicals are often found in soil and water near sites where they are manufactured, used or discarded. The chemical chains of PFAS can travel long distances, move through the soil, seep into groundwater, or be carried through the air, making them especially difficult to contain.

The EPA intends to approach the issue by viewing the entire lifecycle of PFAS from their production process to all subsequent offspring of production.

A major step in the regulation of PFAS occurred on October 18, 2021, when the EPA released its PFAS Strategic Roadmap: EPA’s Commitments to Action 2021-2024. The EPA’s roadmap intends to approach the issue by viewing the entire lifecycle of PFAS from their production process to all subsequent offspring of production.

Taking a page from the Resource Conservation and Recovery Act’s (RCRA) “cradle-to-grave” approach, the PFAS Roadmap is based on the three objectives of “research, restrict, and remediate.”

Many of the expected rules will rely on EPA authority under the Toxic Substances Control Act (TSCA) and Comprehensive Environmental Response, Compensation, and Liability Act (CERCLA). Specifically, TSCA Section 8(a)(7) provides authority for EPA to collect information on PFAS, and TSCA Section 4 provides EPA the authority to require PFAS manufacturers to pay for PFAS studies. As EPA progresses through the PFAS Roadmap, it anticipates relying on authority granted under other environmental statutes such as the Clean Air Act, the Clean Water Act, the Safe Drinking Water Act, and the Comprehensive Environmental Response, Compensation, and Liability Act (CERCLA), also known also as the Superfund act.

Further, among the critically important potential actions in EPA’s Roadmap is a proposal to list certain classes of PFAS as hazardous substances under CERCLA’s federal Superfund provisions. This step could lead to such actions as EPA revisiting former cleanup sites that may still contain PFAS, and would require testing for designated PFAS as part of any future five-year reviews. This likely listing under CERCLA would represent a significant risk to almost any company that has been involved as a potentially responsible party at a CERLCA site in the past. The consequences of EPA declaring PFAS as hazardous substances could also trigger new rounds of litigation on coverage, apportionment, and cost recovery across the country.

Currently, the bellwether cases are concluding written discovery and moving into the testimonial discovery phase of pre-trial preparation.

These regulations will only serve to expand existing PFAS litigation, as PFAS are already the focus of complex legal battles around the country. Perhaps most significant of these battles is the massive multi-district legal action in the U.S. District Court for the District of South Carolina.

In December 2018, the Judicial Panel on Multi-District Litigation established a multi-district litigation for claims involving aqueous film-forming foam (AFFF), or firefighting foam. The MDL litigation differs from previous PFAS lawsuits in that the consolidated lawsuits all target defendants that manufactured and distributed AFFF and its constituent chemicals, specifically PFAS. The MDL is now handling more than 1,000 member cases that include the following categories of claims: property damage asserted by water providers, property damage asserted by property owners, bodily injury claims, and claims for medical monitoring for potential future injury.

Judge Richard Gergel, the presiding judge in the MDL, recently selected a set of bellwether cases to help gauge the likely outcome of the larger body of challenges.

In selecting cases focused on PFAS contamination claims from water system providers to be the first set for trial, the court has decided to focus on claims with a relatively simpler path to determining causation. In the water provider cases, the municipal districts need only demonstrate on a very basic level that PFAS have contaminated the water they draw from, and then trace the contamination pathway back to the source. The more complex cases involving personal injury causation issues will not be tried for some time still. Currently, the bellwether cases are concluding written discovery and moving into the testimonial discovery phase of pre-trial preparation, though as many as 50 depositions have already taken place in the MDL. And, the first cases are scheduled to be ready for trial later next year. However, over the next year it is expected that many significant battles will take place through motion practice challenging the claims.

With such a focus on PFAS by litigators and regulators alike, insurers and companies alike should continue to monitor both the MDL and the approaching regulations to understand the nature and extent of risks associated with PFAS liability.

Related: GenX Chemical from Chemours Plant Not Found in Blood, But PFAS, Other Chemicals Are 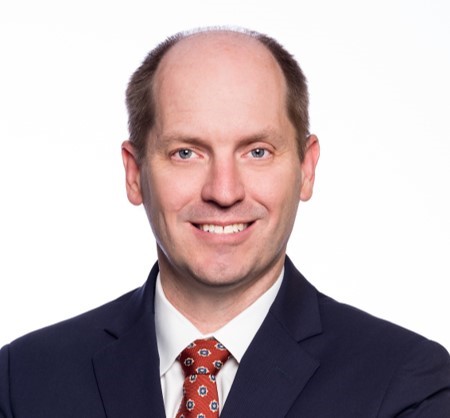 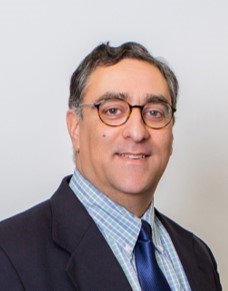 Samuel D. Habeeb, Counsel with Maron Marvel Bradley Anderson & Tardy. Habeeb is a toxic tort and product liability attorney who defends manufacturers of equipment, medical devices, and chemical products. He has a national defense practice that is based in Ridgeland, Mississippi. For more information visit www.maronmarvel.com.