Agents and brokers should be on alert that plaintiffs’ attorneys in COVID-19 related business interruption claims lawsuits may be eyeing them as more cases against insurance companies begin to fail and claimants start looking around for other sources of reimbursement for losses incurred during government ordered shutdowns in response to the coronavirus pandemic, agent errors and omission (E&O) insurance specialists say.

In a presentation on agency E&O best practices and the COVID-19 pandemic during the Virtual Insurcon held by the Independent Insurance Agents of Texas in June, Jim Redeker, vice president and claims manager at Swiss Re Corporate Solutions, said claims or potential claims against agents were already trickling in and more are expected.

At least one Texas agency has successfully fought an action brought against it and one of its agents over a COVID-19 business interruption claim. The case was dismissed in August by a U.S. district judge in Dallas who found the plaintiffs had “failed to state a claim” against the defendants “on which relief could be granted.”

Vandelay Hospitality Group LP, which owns several Dallas-area restaurants, had named Dallas-based Swingle Collins & Associates and agent Brandon Cass as additional defendants in a suit against Cincinnati Insurance Co. over the insurer’s denial of the restaurant group’s claim for reimbursement for losses sustained as a result of forced business closures by local and state authorities. Vandelay had filed a claim under its commercial insurance policy for more than $1 million in losses among its three Dallas-area restaurants.

Redeker said the plaintiffs’ bar has been quick to take up the hunt for business interruption claims cases, with trial attorneys that normally work independently joining forces. He cited a “mailer by four nationally recognized Missouri law firms that has been mailed out. They ordinarily work on their own. But they are cooperating … going after carriers denying BI claims.”

The first sentence of the mailer reads: “‘Business interruption insurance policies are individually crafted to the insured’s business.’ So, it doesn’t take much to see that when the carrier balks at playing these claims, they’re going to turn to the agency that was supposed to do the crafting of these policies,” Redeker said. 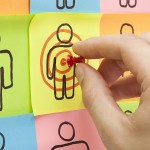 “This of course begs the question: how do we respond on behalf of our insured agents and brokers?”

In the past, Swiss Re has relied on known panel law firms to handle claims against its insureds, he said. But because the insurer is expecting an “onslaught of expected COVID-19 claims,” it will be using a national coordinating counsel model.

“This method is described as a hub and spoke approach to defending cases. Our national coordinating counsel will act as the hub, receiving every case and reviewing it, and then sending it to a local office. The national coordinating counsel will help develop a defense strategy to be used around the country. The firm’s local attorneys will the tweak that strategy based on local law and traditional realities of the courts their cases are in,” Redeker said.

“We are expecting many claims to be made against agents and brokers,” said Susan Taylor Wall with Gordon & Rees, who serves as national coordinating counsel for Swiss Re in COVID-19 related E&O lawsuits.

Speaking as part of the IIAT Insurcon panel on E&O, Wall warned that “plaintiffs’ lawyers are very creative. And claims against agents and brokers may include novel allegations that we’ve rarely seen or may have never seen in the past.”

In defending lawsuits against agents, “we do not intend to become embroiled in coverage,” Wall said. “The policy was drafted by the carrier and not the agent. The courts will ultimately determine the meaning behind policy language.”

Beyond the issue of policy language, Wall listed several reasons why agents and brokers would be named as defendants in lawsuits along with the carrier who denied the claim for a COVID-19 business interruption loss.

One is that the plaintiff seeks to keep the case in state courts, which they may believe will be more amenable to their case. That was one of the motivations for the addition of Swingle Collins and Cass to Vandelay’s lawsuit against Cincinnati Insurance mentioned above, according to court documents.

Agents also may be “included as a second, deep pocket for recovery. Often plaintiffs’ lawyers may add an agent or broker hoping that the agent will become embroiled in the coverage question and thus increase the chance that recovery will be made against the agent,” Wall said.

Another concerning reason is that there is language on an agency’s website or somewhere else in writing that could be construed as “a promise of coverage which did not come true,” Wall said. Or the agent might have made an oral promise of coverage, “which allows recovery against the agent or potential recovery regardless of the ruling by the court on coverage in the policy language.”

Wall said agents should never promise a client that they have coverage after a loss — that determination is the carrier’s responsibility. “You don’t want to take on more responsibility than the law requires that you have,” she said.

If a customer asks about coverage after a loss, the best thing to do is tell them “the carrier will determine the claim, that you will put in the claim if the customer asks you to do that. And then the carrier takes over from there,” Wall said.