It’s no secret that property/casualty insurers have been fielding more and more sinkhole claims in Florida and now online hazard mapping firm CDS Business Mapping and its RiskMeter Online service have come up with a list of the top 10 sinkhole prone counties in Florida.

The list is based on information from the company’s RiskMeter’s sinkhole database and its sinkhole clearinghouse, which the company says contains more than 12,000 sinkholes not available from public sources.

Sinkhole losses have been on the rise the last few years in Florida. According to a report by the state, 211 property insurers responded that claims increased from 2,360 in 2006 to 6,694 in 2010, totaling 24,671 claims. The total dollar amount of those claims was approximately $1.4 billion.

Daniel Munson, founder, RiskMeter.com, said many insurers are under the impression there are just a few counties affected by sinkholes, but in reality there are at least 10.

RiskMeter said its sinkhole report can help underwriters and agents quickly assess sinkhole risk. By simply typing in an address, it’s possible to get the number of sinkholes within a given radius or multiple radii, the distance to closest sinkhole and the date of the closest sinkholes.

The company’s Sinkhole Clearinghouse gives participating carriers access to an exclusive claims database. Currently, it contains more than 12,000 sinkholes “not available from public sources,” according to Munson.

RiskMeter Online (RiskMeter.com) is used by underwriters and agents to automate property lookups. The Web-based solution utilizes Internet mapping technology to enable underwriters to determine the proximity to natural hazards for any property in the United States. It provides more than 30 real-time reports, including distance to coast, FEMA flood zones, rating territories, windpool eligibility, earthquake information and more. 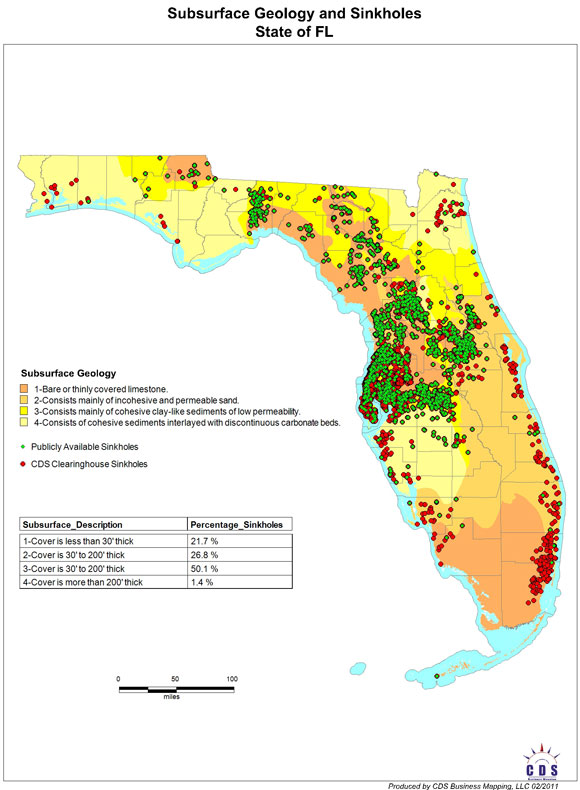