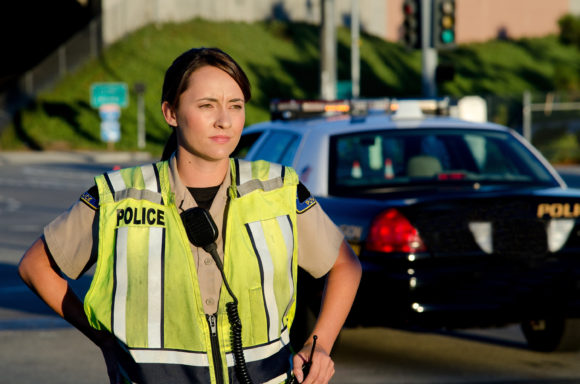 After two high-profile Florida Supreme Court cases threatened to significantly impact workers’ compensation rates in Florida in 2016, many insurance industry experts anticipated quick legislative action in 2017. But, because of conflicting bills in the House and Senate, the 2017 session closed without any major changes made to the state’s workers’ compensation statute.

Now, with the 2018 session set to end this week, it is looking unlikely that changes will come this year either. However, a bill related to workers’ compensation benefits for post-traumatic stress disorder was passed by both legislative chambers and now awaits Gov. Rick Scott’s signature.

In Castellanos the Florida Supreme Court held that a nearly 13-year-old law relating to workers’ compensation attorney fees — Florida Statute 440.34 — was unconstitutional as it did not allow judges of compensation claims to determine the reasonableness of attorney’s fees awarded. Additionally, the court found that injured workers were entitled to up to 260 weeks of temporary indemnity benefits, as opposed to 104 weeks, which had been the law since the 1994 statutory changes.

Because of concern that costs would rise in workers’ compensation claims as both claimant’s benefits and attorney’s fees increased, the National Council on Compensation Insurance (NCCI) almost immediately proposed a 19.6 percent rate increase. Ultimately, the Florida Office of Insurance Regulation (OIR) approved a lesser increase of 14.5 percent, which took effect on Dec. 1, 2016.

But surprisingly, just a year later in November 2017, Florida Insurance Commissioner David Altmaier ordered a statewide decrease of 9.8 percent in the workers’ compensation rate. This was attributed to a reduction in claims frequency, safer workplaces and increased use of automation.

Additionally, the data used to calculate rates included only a portion of the claims that occurred after the Westphal and Castellanos cases were decided. For that reason, some experts still forecast rate increases after additional claims data is compiled for fiscal year 2017, which would include more claims impacted by both Supreme Court decisions.

Before the 2018 session began, many again considered workers’ compensation attorney fee reform a high priority, but at this point in the session, it appears that no substantive changes are likely to be enacted. This may be attributable to the workers’ compensation rate decreases noted in late 2017, and it could be a sign, at least presently, that this issue is no longer as pressing to the business and insurance industry as it initially appeared to be in 2016.

Additionally, the legislature may face challenges with drafting a constitutionally acceptable law limiting reasonable attorney’s fees for claimant’s counsel that will conform with the holding in Castellanos.

With the 2018 session set to end on March 9, the workers’ compensation bills that have the best chance at becoming law relate not to limiting attorney’s fees, but to increasing mental health benefits for first responders with PTSD.

Under current Florida law, injured workers are not entitled to workers’ comp benefits for mental or nervous injuries, which include PTSD, unless physical trauma also occurs. This means that should a first responder encounter a traumatic incident that triggers PTSD but is not physically injured, the workers’ compensation claim is not compensable.

First responders and their families have argued under current law that they are often forced to stay on the job, even when they are not medically fit to work because of PTSD. Lawmakers have been working to increase workers’ compensation benefits for PTSD treatment for first responders without requiring that physical trauma accompany the injury. There were several bills sponsored this session attempting to expand these benefits, but on Monday Florida House lawmakers passed Senate Bill 376, which was substituted for House Bill 227.

This bill proposes that workers’ comp benefits for PTSD would be compensable for first responders, even without an accompanying physical injury, so long as they witness a sufficiently traumatic event in the course and scope of their employment, are diagnosed by an authorized treating psychiatrist, and must claim or provide notice of this manifestation of PTSD injury within one year of witnessing the qualifying event.

Additionally, the bill does not limit permanent psychiatric impairment benefits for first responders to 1 percent and is not subject to apportionment relative to pre-existing conditions. The changes also require employers to educate new hires on mental health.

Concerns were raised that this bill could have a significantly negative fiscal impact for state and local governments.

CFO Jimmy Patronis put out a statement on Feb. 26 disputing a report by the Florida League of Cities, the state association for cities, towns and villages of Florida, that he said overestimated the cost the bill could have on lost wages and the amount of disability first responders would receive, among other data.

He said analysis by the Division of Workers’ Compensation determined the cost the legislation would have on local governments would amount to .8 percent (low severity) to 1.58 percent (high severity) of the current budgets of the largest users of the Florida Municipal Insurance Trust, administered by the Florida League of Cities.

The Florida Senate passed SB 376 on March 3 and the Florida House voted in favor of it on March 5. It now awaits Gov. Scott’s signature.

Heather Byrer Carbone is a shareholder in the Jacksonville, Fla., office of Marshall Dennehey Warner Coleman & Goggin. She is certified by the Florida Bar in workers’ compensation and has nearly two decades of experience handling workers’ compensation matters. She may be reached at (904) 358-4225 or hbcarbone@mdwcg.com.