Once a party relinquishes information considered privileged, it cannot then claim that other information about the same subject must remain sealed, a federal appeals court found in a medical malpractice and fraud case that has resulted in three separate rulings by the same court.

The April 15 decision by the U.S. 6th Circuit Court of Appeal is part of a long-running criminal case against Dr. Richard Paulus, of Kentucky. He was known as one of the most prolific cardiologists in the country and was ranked the first in the nation for the amount he billed to Medicare for stent procedures.

Federal prosecutors said that the surgeon had overstated patients’ conditions, performed hundreds of unnecessary surgeries and fraudulently billed Medicare for them.

“After 23 days of trial, four days of jury deliberations, one judicial pep talk, and one Allen charge, the jury convicted Paulus of one count of healthcare fraud and ten counts of making false statements relating to healthcare,” the three-judge appeals panel explained in the decision.

The latest proceeding had to do with an offshoot of the criminal case, but one that has taken on a life of its own and could have an impact on what type of information must be diclosed in criminal and other cases. 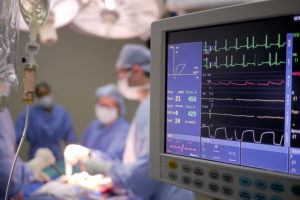 The hospital where Paulus often performed his surgeries, King’s Daughters Medical Center in Ashland, Kentucky, argued that information related to an internal review of Paulus’ procedures was privileged and confidential. Paulus’ defense team last year had won a new trial because the review appeared to provide exculpatory evidence that showed that the number of unneeded surgeries was much lower than what government expert witnesses had found in their reviews.

Then, “the plot twisted once more,” the appeals court explained.

After the conviction but before sentencing, the federal prosecutors revealed the existence of the hospital’s internal review, known as the “Shields letter” because it was written by hospital counsel William Shields. The letter noted that only 7% of Paulus’ examined procedures – much fewer than the government’s finding of 30% – could be considered medically unnecessary. For reasons that weren’t explained, the district court had found the letter to be inadmissible and that it did not have to be turned over to Paulus’ defense team.

When the Shields letter finally was made known, the doctor’s lawyers appealed the conviction. The 6th Circuit ordered a new trial on grounds that withholding the information had violated Paulus’ due process rights.

On remand, the prosecutors then decided to seek more information about the letter, how the hospital’s internal review came about and the methodology used. The hospital objected to the subpoena on the grounds that the information was protected by attorney-client privilege and was work product.

The government moved to compel. The district court agreed. Ironically, the appeals court judges wrote, Paulus at this time also opposed the motion to compel, despite the fact that his conviction had been vacated because of the evidence.

The hospital appealed to the Cincinnati-based 6th Circuit, seeking a writ of mandamus to quash the subpoena and disallow the information on Paulus’ procedures.

The circuit judges ruled against the hospital.

The information and the letter should all be considered together, the court said.

The Paulus case has captured national attention, partly due to its twists and turns and the odd associations it brought about. Paulus, who gained some fame for his vocal appearance at a rally for presidential candidate Donald Trump in 2017, was represented in part by Washington attorney Bob Bennett. Bennett is perhaps best known for representing President Bill Clinton in the Monica Lewinsky case in the 1990s.

Top photo: Dr. Richard Paulus, left, has a man blow up a balloon until it burst in a demonstration about systolic heart failure in 2013. (AP Photo/The Independent, Kevin Goldy)