The New Year’s Eve sexual assault of a patient at a Miami hospital’s mental health ward made headlines around Florida in 2019. Three days after the incident, Fernando Felix Ramos-Garcia, a technician at Westchester General Hospital, was arrested.

The man has said the relationship was consensual. His trial is still pending, now scheduled for November.

The patient and her husband, known in court filings only as Jane and John Doe, sued Westchester for more than $50 million, alleging negligence and failure to adequately screen and supervise its staff. For three years, Westchester, now Keralty Hospital Miami, has argued that its liability policy applied and Evanston Insurance Co. had a duty to defend the hospital in court. 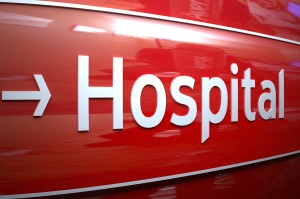 A federal district court in south Florida in 2020 agreed with the hospital. The Illinois-based Evanston, part of Markel Corp., appealed. Last week, the 11th Circuit U.S. Court of Appeals affirmed the district court’s decision, leaving Evanston with little choice other than covering defense costs or seeking a long-shot appeal to the U.S. Supreme Court.

“The district court’s grant of summary judgment in favor of Westchester was proper because none of the relevant exclusions invoked by Evanston bars coverage for the Does’ claims against Westchester,” a three-judge panel of the 11th Circuit wrote in the Sept. 16 opinion.

The court explained that “the story of this seemingly mundane insurance dispute begins with a violent act.”

The general liability policy exclusion aimed to bar coverage of claims “based upon, arising out of, or in any way involving an act, error or omission in the performance of services of a professional nature rendered or that should have been rendered.”

Evanston’s lawyers argued that “services of a professional nature” were different from and are much broader than “professional services,” which generally include medical services. Evanston had told the hospital officials that it would defend under the extent of Westchester’s professional liability policy but not under the GL or other policies.

The 11th Circuit panel found that Evanston’s arguments were not convincing. Professional services and services of a professional nature are not identical, but they also are not completely exclusive of each other.

“Some relationship between the two must exist for the policy provision not to be rendered illusory,” Judge Stanley Marcus wrote for the panel in the 21-page opinion.

And the judges found that the bodily injury exclusion language was open to interpretation and was ambiguous, and that Florida courts have never before interpreted such wording. They reiterated the assertion that judges have often underlined: that courts generally construe an ambiguous policy wording in favor of the insured.

And because of that, the umbrella policy also applies, the court said.

The underlying negligence suit against the hospital is set for jury trial in December. The patient died but her estate continues to pursue the case. A Miami TV news station interviewed the woman, without using her name, shortly after the incident.