California isn’t just a warm place to live, which is often the case even in winter, but it turns out the state is considered a “judicial hellhole.”

The American Tort Reform Foundation issued its annual “Judicial Hellholes” report on Tuesday, and it singles out California’s civil courts as the nation’s top place to experience extreme misery or squalor – as “hellhole” is defined in the Merriam-Webster dictionary.

In other words, those are places the foundation considers the worst in which to face a lawsuit.

The report ranks six “judicial hellholes,” and it places 10 jurisdictions on a watch list, as well as bad court decisions the group calls “dishonorable mentions.” The report throws in a few bright spots too.

“With a legislature that is seemingly run by and for personal injury lawyers and a wildly permissive judiciary, California remains ignominiously atop the Judicial Hellholes list for a second consecutive year,” the report states. “The once-Golden State continues to be a breeding ground for consumer class actions, disability-access lawsuits and asbestos claims, while also serving as something of a last-stand for a stubborn nuisance of a liability theory.” 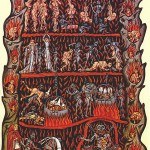 “I think California must be a tough place for a corporate defendant who wants to escape justice,” he said. “It’s a little bit like Satan saying heaven is a little too chilly for him.”

Rosenfeld thinks the class action process is currently skewed toward protecting defendants, and that it helps the big corporations elude accountability for the products they make and the services they provide.

“Their principal goal is to escape any kind of legal accountability for any kind of dangerous products they make, the defective drugs they market, the food that is polluted, the chemicals that are increasingly shown to harm people’s bodies,” he said. “These companies want a get out of jail free card and they get mad when they can’t get it.”

To support its dubious ranking on California, the report cites a surge of consumer class action lawsuits targeting the “Big Food” industry.

Roughly a dozen plaintiffs’ law firms alone have filed nearly 75 class action lawsuits over the past few years against “Big Food,” and counting filings from additional firms there were more than 100 consumer class actions filed against food makers in 2012 – five times the number filed four years earlier, according to the report.

Among the examples the report draws on is a class-action suit against Trader Joe’s accusing the Monrovia, Calif.-based specialty grocer of intentionally mislabeling several of its branded packaged foods so they appear healthier than they actually are.

Over the past 15 months companies like Chobani, and WhiteWave, which sells Horizon Organic dairy products, and Silk brand products, have seen lawsuits from plaintiffs’ lawyers claiming the companies use the term “evaporated cane juice” instead of “dried sugar cane syrup” or “sugar” to make consumers believe that there is no sugar in their product, the report notes.

Many of these suits go through the U.S. District Court for the Northern District of California, which the report states has a “reputation for receptivity to such claims.”

The Northern District of California in San Francisco has been called “the food court,” since it hosts more food-marketing and food- labeling lawsuits than any other federal court, according to the report.

Beside the “Big Food” suits, the report credits the state’s plaintiff-friendly consumer laws and large population for its top tier “hellhole” status.

“Rarely has there been a week in 2013 without a report of another class action filed against a food maker,” the report states.

California groups that have been fighting to turn the state’s litigious tide weren’t shocked by the state’s top ranking.

“I’m not really surprised by the ranking,” said Kim Stone, president of the Civil Justice Association of California.

Stone noted that California often ranks near the bottom in surveys that rank states by business friendly environments, and she puts the blame squarely on the shoulders of lawmakers.

“The legislators over the years have been very friendly to a number of plaintiffs’ lawyers proposals and have created new and sometimes creative ways for folks to sue each other in our state,” Stone said.

She blames suits related to the Americans with Disabilities Act and Proposition 65.

“Both of those are taking off,” she said.

“Because of that you’ve had this cottage industry spring up of lawyers who have made a living off of very minor and technical ADA violations,” Stone said, adding that attorneys often have the goal of getting a quick $10,000 settlement. “That, in my opinion, is a little like legalized extortion.”

Prop. 65, the Safe Drinking Water and Toxic Enforcement Act of 1986, was intended to inform and protect Californians from chemicals known to cause cancer and birth defects. The law requires the governor to annually publish a list of these chemicals.

Businesses that may have those chemicals present must post a warning sign. When the act passed there were some 30 chemicals listed. Now there are nearly 900 on the list.

“And if your business doesn’t have a sign up, they can sue your business and they often sue for $80,000, $100,000,” Stone said, adding that the signs are useless. “They provide little or no valuable information to the consumer.”

The report calls out “dishonorable mentions,” for court decisions it disagrees with. It called out the Oklahoma Supreme Court for nullifying a tort reform law passed, which the group said cost the state time and money when the legislature had to reconvene and reenact each provision of the law separately. It also gave a mention to the Illinois appellate courts for expanding workers’ compensation liability beyond the intended scope and providing excessive compensation.

The report gives props to several state court decisions the authors side with, including: The Colorado Supreme Court for instructing trial courts to play an active role in reining in overly broad discovery; the Idaho Supreme Court for standing against “vexatious litigants;” the Illinois Supreme Court for going against the filing of asbestos cases with no connection to the state; the Maryland Court of Appeals for retaining a rule that a defendant is not liable when a plaintiff ‘s own actions contributed to his or her injury; the U.S. Court of Appeals for the Fifth Circuit for upholding Mississippi’s $1 million limit on noneconomic damages in general personal injury cases.

Pressure on Workers to Get Vaccine Grows as Patience Runs Thin for U.S. Employers