A magnitude 6.9 earthquake struck off the coast of Eureka in Northern California, shaking regions as far away as San Francisco and parts of Oregon, according to the United States Geological Survey.

The earthquake, which struck at a depth of 10 miles, occurred at 10:18 p.m. local time and had an epicenter about 50 miles west of Eureka in the Pacific Ocean, according to the USGS.

At least 15 aftershocks have been recorded, the largest of which was M4.6. Additional aftershocks are expected this week, according to catastrophe modeling firm AIR Worldwide.

Buildings near the epicenter shook for about 20 seconds, but little damage has been reported in the region. Because yesterday’s event occurred off the coast of California and did not cause severe ground shaking or trigger a tsunami, AIR expects insured losses to be minimal. 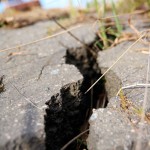 According to AIR, the earthquake occurred to the south of the Cascadia Subduction zone, close to the Mendocino Triple Junction—a point where the North America, Pacific and Gorda plates meet. Historical earthquakes in the triple junction area have occurred not only along the plate boundaries, but also within the smaller Gorda plate, which is diminishing as it continues subducting under the North America plate to the east.

According to AIR, this is the largest event to strike the region since 1992, when a magnitude 7.2 earthquake struck south of Eureka near Petrolia, injuring nearly 100 people and causing significant damage.