A bill that would allow Idaho judges to require alcohol breath testing twice a day for some probationers is headed to the full Senate.

The bill sponsored Rep. Luke Malek, R-Coeur d’Alene, gives counties the option to take part in the program by placing special alcohol breath testing units in central locations like sheriff’s departments or county courthouses. Judges would then have the option to require people who were convicted of drug or alcohol related crimes to prove sobriety by undergoing twice-daily testing while on probation.

Malek told members of the Senate Judiciary and Rules Committee on Monday that that the program allows for swift intervention and gives judges greater flexibility. Someone convicted of drunken driving could be allowed to keep their license while on probation as long as the twice-daily tests show they are staying sober. 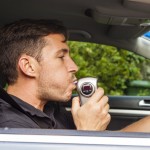 Those who have lost their licenses or have no means of transportation could also be required to find a way to get to the testing site twice a day, Malek said.

Paul Panther, who leads the Idaho Attorney General’s criminal law division, told committee members that typically people would be required to get the tests in the morning and evening every day.

“If he fails the test, he would be incarcerated immediately,” Panther said. “It gives somebody the incentive to keep working to stay out of jail. It would reduce the cost of incarceration.”

The program would be paid for by the probationers who participate, likely at a cost of less than $10 per day, said Panther. He acknowledged that state court officials have voiced concern that defendants are already facing a lot of fines and fees for going through the court process, and the alcohol testing program would add to that financial burden. The alcohol testing fees would go to cover the cost of the program, not to create new revenue streams, he said.

“We’re also aware of the issue of people being loaded up with fees,” Panther said. “The effort there would be to keep those fees as low as possible.”

Judge Barry Wood testified in favor of the bill, telling the lawmakers that regular drug and alcohol testing is “good public policy” because it holds offenders accountable, provides a deterrent to future substance use and allows the justice system to respond rapidly when a probationer relapses.

The measure has already won the approval of the Idaho House; the Senate Judiciary and Rules Committee sent it to the full Senate recommending they pass the bill.