A federal judge is not inclined to dismiss a lawsuit alleging Hawaii discriminates against those with limited English skills by making it difficult for them to obtain a driver’s license.

U.S. District Judge Susan Oki Mollway said in court documents that the allegations are thin but sufficient enough at this stage of litigation. She outlined her thoughts ahead of Monday’s hearing on the state’s motion to dismiss the case.

The lawsuit filed last year by Faith Action for Community Equity was based on Hawaii’s English-only policy for obtaining driver’s licenses. The state argues the lawsuit should be dismissed because the Department of Transportation began offering the test in various languages last month. But the plaintiffs argue other issues remain, including road testing issues and translation of educational materials, such as the driver’s handbook. 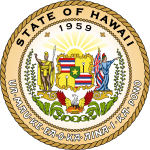 The lawsuit claims that challenges for those with limited English skills in obtaining a driver’s license hinder access to employment, education and health care.

Attorneys on both sides declined to comment until after the hearing.

Mollway notes that her inclination is only a summary of her thinking before hearing oral arguments. She’s expected to issue a written order after the hearing.

“Assuming the truth of these allegations, the court is inclined to say that plaintiffs’ allegations of discriminatory intent are thin, but they barely survive the present motion,” the judge wrote.

Mollway acknowledged that the state has started offering the translated tests but said the state hasn’t proven that’s enough to render the lawsuit moot.

“While the state offers evidence suggesting that it was `acting in good faith when it changed its policy,’ the court is inclined to say that such evidence does not satisfy the state’s `heavy burden of showing that the challenged conduct cannot reasonably be expected to start up again,”‘ she wrote.