The California Highway Patrol has taken down safety guidelines for a criticized but legal driving maneuver in which motorcyclists pass stalled traffic by driving between lanes.

The San Francisco Chronicle reported that state officials were concerned the guidelines for so-called lane splitting could be misconstrued as enforceable laws.

California is the only state in the country that allows the maneuver. The guidelines were published on the CHP’s website last year. 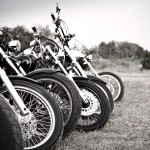 They advised motorcyclists to ride between vehicles at speeds no more than 10 miles-per-hour faster than the vehicles they were passing. They also suggested that motorcyclists not attempt the move at full freeway speeds, or in any traffic going faster than 30 mph.

Nick Haris, with the American Motorcyclist Association, said he was disappointed to see the guidelines removed so quickly.