At the start of a fourth-straight year of drought, California state Sen. Bob Hertzberg has introduced a bill requiring regional water-management officials to report the vulnerability of their water systems to an earthquake.

Senate Bill 664 addresses Integrated Regional Water Management Plans, a collaborative effort overseen by the state Department of Water Resources to identify and use water-management solutions on a regional scale to increase regional self-reliance, reduce conflict and manage water. If approved, SB 664 could direct all IRWM Plans to include an assessment or evaluation of the seismic vulnerability of the water infrastructure.

The bill’s introduction follows a Los Angeles Department of Water and Power report that identified $15 billion in potential need for seismic upgrades to water infrastructure. In November, 2014 voters approved a water bond that provides $810 million to IRWM projects. If Hertzberg’s bill is signed into law, seismic-safety upgrades would be eligible for funding. 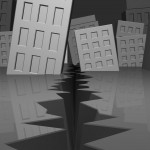 “Public policymakers cannot ignore forecasts showing a greater than 99-percent chance of a 6.7 earthquake within the next 30 years,” Hertzberg, D-Van Nuys, said in a statement. “Much of California’s infrastructure, including key water-delivery systems, remains seismically unsafe and extremely vulnerable.”

Hertzberg and residents of his San Fernando Valley district in 1991 were at the heart of the 6.7 magnitude Northridge earthquake left 57 dead, more than 9,000 injured and caused more than $40 billion in damages.

“Each of these quakes resulted in devastating damages to water systems, interrupting fire-fighting efforts and leaving thirsty residents lining up for scant water supplies,” Hertzberg said. “Drought scientists now predict our changing climate will increase the frequency, length and severity of droughts in California. The time to act is now.”

The initial policy hearing on SB 664 has not yet been set.