A potentially hardening market and a paradigm shift in how healthcare is delivered are just two issues Sarah Pacini has had to face since her first day on the job.

Pacini is CEO of Los Angeles, Calif.-based Cooperative of American Physicians Inc. She replaced James Weidner, who announced his retirement in January after serving as CEO since 1995. Weidner stayed on for the transition and officially left the company last month.

Most recently Pacini was vice president of risk management and insurance for Advocate Healthcare, and chairperson of Advocate Insurance Segregated Portfolio Co. She started out in the business in 2003 as a risk manager at Advocate Good Shepard Hospital

Before that Pacini, who received her law degree from DePaul University College of Law, was an assistant state’s attorney in McHenry, Ill. 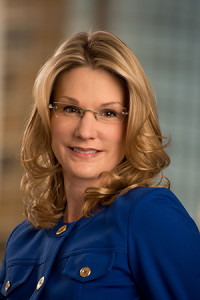 “I don’t see that it’s turned hard yet, but the combined ratios are definitely inching up in the medical professional liability segment as a whole,” Pacini said.

Combined ratios were in the 80-percent range for a while, and inched to 90s not long ago, she said, adding “just recently I saw them in the mid-90s.”

Combined ratios fell to 84.28 percent in 2004 and bottomed out at 59.37 in 2013, according to data from the National Association of Insurance Commissioners.

Chad Karls, a principal and consulting actuary with Milliman, does see an upward trend in combined ratios due to the low rates incurred in the soft market.

“Rates have been trending downward the last several years and continue to, making it one of those top-line pressures,” Karls said. “At some point, once the industry’s financial returns become unacceptable, then, yes, the rates will eventually begin to rise.”

Although Karls believes there’s some time to prepare.

“I personally think that’s several years in the offing yet,” he said.

Pacini believes the pace at which the combined ratios rise will make a difference, so she wants CAP to be ahead of the game and trying to figure out now whether ratios will spike, gradually increase or remain flat.

“That’s never a good position for our physicians to be in,” Pacini said, adding that “to maintain access in a hard market is a challenge.”

As part of her leadership plan going forward, Pacini wants to make CAP more flexible and adaptable to identify and capitalize on market trends as quickly as possible.

“Looking at the last several years of the market and how we have seen a sustained soft market, had the medical professional insurance marketplace been able to capitalize on that back in 2002 and 2003 – when the combined ratios started to go down – and recognize it as a marketplace and respond promptly, we would have been able to benefit tremendously,” she said.

So before this market turns, she’s looking ahead for opportunities, such as expanding CAPAssurance, the company’s risk purchasing group that provides access to professional liability, general liability, excess umbrella insurance to hospitals.

In addition to California, the company made CAPAssurance available to hospitals, medical facilities, and large physician groups in Arizona, Washington, Oregon and Nevada. CAP Assurance’s expansion was announced in September 2014.

The program assists facilities with the design of customized educational programs and assessments targeted at high risk processes to decrease risk, thereby helping to contain costs – risk management will undoubtedly be an even more important focus as these companies struggle to deal with rising costs, Pacini said.

Claims-paid products like Mutual Protection Trust are also popular in a hard market, she said.

According to Pacini, in a hard market other carriers are charging higher rates to replenish loss reserves depleted in the soft market. MPT collects from its members only what it needs to pay claims during a calendar year. While MPT’s rates may or may not need to increase in a hard market, it is likely any rate increase by MPT would be lower because there would be no reserves held by MPT that would need strengthening, she said

Pacini’s other great challenge comes with the potential impacts of the Affordable Care Act, which among other things, has the goal of moving the medical system from a fee-for-service model toward payments that reward better, more efficient medical care.

“The challenges that we need to be addressing at this point certainly are the rapid pace at which the reimbursement models are shifting, from fee-for-service to the value-based models,” Pacini said.

It’s the rapidity at which this shift will occur that may present the biggest challenge, she said, because it will take human and financial resources to keep pace. The faster the pace, the more resources that may be needed, she added.

“It’s a shift in the paradigm of healthcare delivery,” Pacini said.

The impact of that shift to medical liability is not as clear as how it will impact physicians and healthcare institutions from a pricing perspective, according to Pacini.

And institutions that have been putting years of efforts into being prepared for the shift have the advantage of that experience, while those who waited for the constitutional challenge to ACA may have a lot of catching up to do, she said.

As such, CAP has been focused on assisting insureds through the transition from fee-for -service to a value-based model.

There are two schools of thought on how the impact of ACA will play out in the medical liability industry. One says that since ACA will increase the number of insureds, that will add exposures and necessarily boost rates.

“That increased care utilization will naturally then result in and create an increase in the actuarial exposures that are used to determine medical professional liability rates,” Pacini said.

“Only time will tell which of the two are correct,” Pacini said.