The Court of Appeal upheld a decision by California Insurance Commissioner Dave Jones to revoke the broker-agent license of Wellman Dale Shew, 55, of Fresno.

When the California Department of Insurance learned that Shew had two misdemeanor convictions in California and Nevada for sexually-related misconduct, the commissioner revoked Shew’s insurance license.

Shew allegedly installed a video camera in the bathroom of his Fresno area insurance agency office and, over the course of several weeks, secretly recorded a female employee while she used the bathroom. He was convicted in California of disorderly conduct. In Nevada, Shew was convicted of gross lewdness for taking topless photographs of a sleeping friend without her knowledge or consent. 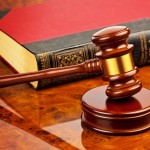 “Shew was convicted of sexual misconduct with two people he knew, including an employee over whom he had power and authority,” Jones said in a statement. “Licensed agents and brokers have access to consumers’ private and personal information and they must be trustworthy and held to the highest standards of conduct, in order to protect the public. Shew’s actions were an egregious violation of trust, therefore he should not hold an agent license in California.”

Jones revoked Shew’s broker-agent license in 2013. Shew appealed the order revoking his license. In January 2014, a Fresno Superior Court judge upheld the Jones’ order. Shew then appealed the trial court’s ruling to the Court of Appeal. On June 1, 2015, the Court of Appeal, Fifth Appellate District, upheld the revocation of Shew’s insurance license. Shew is no longer a licensed insurance broker-agent.