A recent court decision may have the potential to change the practice of side agreements in workers’ compensation policies California, a practice that some say often goes on under the regulatory radar.

The agreement between Zurich and Country Villa altered the deductible structure, among other things, in the policy. However, Zurich did not file it with the Workers’ Compensation Insurance Rating Bureau as required by California law.

A dispute arose and Country Villa challenged under a case known as Zurich American Insurance Company v. Country Villa Service Corp. It went to the U.S. District Court for Central California, which ruled in favor of Country Villa on July 9 by granting the company partial summary judgment.

Jeff Pettegrew, the former head of the California Self Insurers’ Security Fund and someone who is familiar with these types of workers’ comp agreements, said the ruling maybe a “wake up” call for other insurers that use these agreements and that it has the potential to put millions of dollars back into the pockets of businesses.

“We’re talking about millions and millions of dollars that have been absconded by insurance companies,” said Pettegrew, who is now the chief imagination officer with Insurance Thought Leadership, a digital provider of information on insurance subjects. 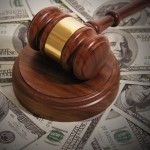 These side agreements can be complex and often include claims administration expenses such as medical bill and utilization review costs, pharmacy benefit management, vocational rehab, Medicare set aside agreements, sub rosa investigations and other “inside expenses.”

Pettegrew feels they are not as transparent as they should be.

“These expenses should all be teed up before you buy the policy,” he said.

Under a typical worker’s comp side agreement an insured is required to post sufficient collateral to meet expected, or incurred, losses and expenses before such expenses are actually paid. Policyholders are refunded any remaining insured money posted once all of the workers’ comp claims within a given policy year are all closed.

This could take decades if there are injured employees with lifetime medical care or related benefits, according to Pettegrew.

Companies are attracted to incurred loss retro agreements because of the potential to save money, but if there are serious indemnity claims it can prove more costly over time, he said, adding, “They come at you with a lower premium.”

Insurers have long chosen to adjust or redefine individual insurance policy coverage via side agreements based upon on going profit-loss factors arising from the coverage terms, claim experience or other dictates of the insurer, he said.

However, the Zurich v. Country Villa decision will force insurers to file any side agreements before a policy is issued, which Pettegrew believes will enable greater transparency for insureds in picking their carriers and in estimating costs included in the deductible.

And he believes that will be better for carriers and the businesses they insure.

“In my opinion, this kind of insurance practice has driven more insureds to self-insurance or even to workers’ comp opt-out options in states like Texas and Oklahoma,” he said.

Zurich was forced into a settlement in 2013 with the California Department of Insurance over a similar side agreement conflict. CDI eventually agreed to drop its prosecution over the “non-filing of Deductible Agreements” with the WCIRB and CDI, a settlement agreement shows.

In that settlement Zurich admitted no liability or wrongdoing, but agreed to make the filings and agreed not to enter into or amend a deductible agreement with a California employer unless it has been submitted to the WCIRB and CDI for review.

The court in Zurich v. Country Villa cited that settlement, as well as a case in New York, Monarch Consulting, Inc. v. Nat’l Union Fire Ins. Co. of Pittsburg, in which the New York Supreme Court Appellate Division ruled in 2014 that arbitration clauses in side agreements with an insurance carrier were unenforceable.

When contacted for comment CDI spokeswoman Madison Voss provided a statement that applauded the decision:

“The Court correctly determined that insurers may not use ancillary agreements that modify the obligations of the parties unless they are filed in accordance with California law. We laud the Court’s refusal to enforce an illegal agreement that, as noted by the Court, would circumvent the statutory structure and allow an insurer to enforce contract terms that bypass the governmental review process.”

Voss said CDI wouldn’t comment on this specific case or other specific enforcement activities, but that CDI “continues to monitor” these decisions.

“In appropriate circumstances, and when an unfiled agreement modifies the obligations of the parties, the Department will take all necessary action against those insurers that fail to comply with California law,” the CDI statement concludes.

The attorney who represented Country Villa, believes the case will have a long-lasting impact on how side agreements are handled in California.

“This now has huge repercussions that says to all policyholders in California: ‘Those programs were illegal,'” said Nicholas P. Roxborough, a partner in Roxborough Pomerance Nye & Adreani in Woodland Hills, Calif.

Unlike the side agreement, the dispute has been fairly straightforward in how it has unfolded.

For seven years Zurich provided workers’ comp to Country Villa, which is in the business of managing skilled nursing care facilities in California. Zurich was the company’s carrier for workers’ comp beginning on Jan. 31, 2004, and ending Jan. 31, 2011.

Zurich and Country Villa entered into separate insurance policy contracts for each of those seven policy years, court documents show.

Each policy included an attached large deductible endorsement, under which Country Villa agreed to reimburse Zurich the deductible amount, the sum of all covered benefits and damages Zurich paid for an injured workers’ benefit, all allocated loss adjustment expense and all assessments incurred by Zurich related to the deductible amount, according to court documents.

The specifications were retroactively effective on the start date of the related policy and they superseded any endorsements to the policies. The IDA included terms such as “ALAE, “aggregate deductible,” “aggregate deductible charge,” “claim administration expenses,” “deductible amount,” “excess premium” and “incurred loss.”

The IDA also set up a loss reimbursement fund, a noninterest bearing account in which funds are held to provide for the payment of obligations within the deductible.

Such terms aren’t rare, but often these side agreements are not filed with the WCIRB or CDI, according to Roxborough.

“Frankly, the process still happens and can happen, but you’ve got to file,” he added.

The legal wrangling began when Zurich filed an action against Country Villa on May 16, 2014, claiming breach of contract under for Country Villa’s alleged breach of insurance policies, related contracts, and a promissory note, according to court documents.

According to Roxborough, the rift was over the loss reimbursement fund, which he said already held roughly $4.5 million to pay Country Villa’s workers’ comp claims.

The adjusters on the claims believed that they did not need that much money because their reserves on all open claims was roughly $1.4 million less than what Zurich was holding to pay Country Villa’s. Therefore Country Villa wanted some money back, yet Zurich wanted an additional $1.4 million, Roxborough said.

Country Villa filed a motion for partial summary judgment on April 6, which is what the court ruled on last month.

Among its findings the court stated: “If the commissioner notifies the insurer that the filed form or endorsement does not comply with the requirements of law, specifying the reasons for his or her opinion, it is unlawful for the insurer to issue any policy or endorsement in that form.”

The court ruled that IDAs are endorsements to the policies between the parties for purposes of the California insurance code and are “collateral agreements modifying the obligation of either the insured or the insurer.”

In the court ruling it was stated that the IDAs between Zurich and Country Villa are “illegal, void, and unenforceable in their entirety.”

It’s unknown if Zurich will appeal the decision or take further action since the carrier isn’t commenting on the decision.