The University of Oregon has asked a federal judge to dismiss a lawsuit filed by a former basketball player who claims the school damaged his prospects of playing in the NBA.

Brandon Austin was one of three UO basketball players who were removed from the team and suspended from school after a student accused them of rape.

In the lawsuit filed in October in Lane County Circuit Court, lawyers for Austin say he was wrongly accused and was denied a chance to adequately defend himself in university disciplinary proceedings.

Lane County prosecutors declined to charge the players following the March 2014 incident, saying there was insufficient evidence. The players say the sexual encounter at an off-campus party was consensual. 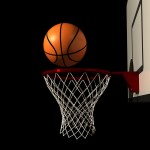 On Monday, UO formally denied that it treated Austin unfairly in 2014 when officials banned him from the university for up to 10 years, The Oregonian reported.

Austin claims his constitutional right to due process was denied by the school, but the university says Austin waived his chance to contest the allegations at a hearing conducted by a panel of students, staff and faculty.

The university said Austin can’t say they hurt his “hypothetical professional basketball career” because he had no business relationship with any NBA team at the time of his June 2014 suspension, according to the university’s response to the lawsuit.

In August, the university agreed to pay the alleged sexual assault victim $800,000 to settle a lawsuit, along with her tuition, housing and fees for four years.

The Impact of Political Risks on Businesses