Bills that would create standard designs for specialty license plates and free auto insurance companies from limits on non-renewals moved in the Arizona Legislature.

Democratic Sen. Steve Farley of Tucson has been trying to get a version of this bill creating a standard design for all “vanity” license plates for nearly a decade, but it has routinely failed. Farley cited complaints from law enforcement that it is hard for officers to determine if any of dozens of specialty plates the state issues are actually Arizona plates. His bill creates a standard design with a logo promoting the cause or organization benefiting from the plate. Existing plates aren’t affected. Farley’s bill failed on a 13-18 vote on Feb. 18 but it was brought back last week under special rules allowing a second vote. The Senate erupted in cheers for Farley’s persistence when it passed 18-10. 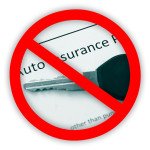 A bill that removes limits on how insurance companies can decide not to renew a customer’s auto insurance was brought back to life and passed on a 31-29 vote last week after failing the previous week. The measure was resuscitated through a rule that allows a bill’s sponsor a second chance if the bill fails the first time around. Republican Majority Whip David Livingston of Peoria pitched the bill as a way to allow insurers to drop coverage for people who move out of state. But Democratic Rep. Debbie McCune Davis says the bill blew up a carefully crafted deal from years ago, when the Legislature required drivers to buy insurance in exchange for a provision limiting cancellations. Rep. John Ackerley, R-Tucson, changed his vote to support the proposal and ensure party-line passage.

The House approved a measure that would require all medical marijuana growing operations to have roofing with a hardened covering on a voice vote. Republican Rep. Vince Leach of Tucson sponsored the measure to prevent growers from putting a wall around a ten-acre lot and calling it a marijuana cultivation facility, which he said is what happened in Pinal County. Arizona’s medical marijuana facilities are protected by a voter-approved initiative that requires lawmakers to pass any bill amending the act by a three-fourths vote. The amendment must also further the act’s purpose to be valid. House Bill 2405 now awaits a formal vote.

The Arizona Senate soundly rejected a proposal requiring that only licensed plumbers or other contractors install or maintain backflow devices designed to prevent contaminated water in sprinkler and other lines from returning to a home’s potable water systems. Opposition was led by Sen. David Farnsworth, R-Mesa, who brought a common sprinkler valve to the Senate floor to show fellow members that the bill was unnecessary. Farnsworth, a Mesa Republican, told members that if the valve is installed incorrectly, it simply won’t let water flow. The bill failed on a 24-6 vote.