An analysis by catastrophe risk management firm RMS of economic risk to San Francisco’s property from future sea level rise found billions of dollars worth of property at risk.

The analysis was used to inform the city’s recently released Sea Level Rise Action Plan, commissioned by Mayor Edwin Lee and based on the National Research Council’s upper-end projection of a 66-inch sea level rise by the year 2100.

RMS found that $55 billion of private and public sector property in the low-lying coastal areas around San Francisco would be permanently inundated by the end of the century. The calculation assumes that no measures are put in place to increase the city’s resilience and reflects present day costs to rebuild the affected buildings and infrastructure, rather than the market values 84 years from now.

RMS also calculated the property loss estimates for a 1-in-100-year extreme storm surge temporarily pushing up sea levels further to 108 inches. In this scenario an additional $22 billion of property assets would be at risk, bringing the total exposure to $77 billion. 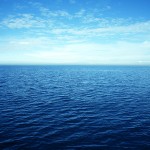 Since publishing the Sea Level Rise Action Plan San Francisco’s mayor has announced an $8 million investment over the next two years to begin strengthening the city’s seawall, which provides flood protection to the downtown district.

At RMS’ annual Exceedance conference in Miami this week, an international workshop will be convened to help public sector leaders understand the application of resilience analytics. It will explore the value of science-based catastrophe modeling tools to help government and its agencies plan for risks such as floods, hurricanes, earthquakes, pandemics, wildfire, drought, terrorism and cyber-attacks.