More than 380,000 students in Washington state live in earthquake-prone areas and attend schools built before seismic construction standards were adopted statewide, according to a Seattle Times report.

The newspaper, analyzing state data, also reported that more than 31,000 students attend schools that are in or near tsunami danger zones.

However Washington doesn’t mandate seismic evaluations or upgrades of school buildings and doesn’t keep an inventory of unsafe schools. California, Oregon and British Columbia have all mandated seismic examinations of schools in earthquake-prone areas. And each has spent hundreds of millions of dollars to strengthen vulnerable buildings.

In Washington local school districts must raise their own funds before the state contributes money, creating disparities in school safety between wealthy and poor districts. 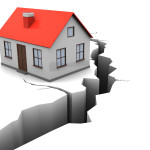 “By law, we make kids go into buildings that may not be as safe as they should be,” said Jim Mullen, Washington’s top emergency-management official from 2004 to 2013. “Safe schools are a moral and legal obligation of the state Legislature, the governor and every other public official.”

A magnitude 9 earthquake and tsunami could kill up to 7,600 students and staff and cause $4 billion in damage and losses to schools, according to a 2014 study commissioned by the Office of Superintendent of Public Instruction. The Federal Emergency Management Agency estimates almost 75 percent of coastal schools and one in five schools along the I-5 corridor could suffer extensive damage, including collapse.

A seismic evaluation for every school in the state would cost between $10 million and $13 million, a federally funded study found in 2011.

In a statement, Tara Lee, a spokeswoman for Gov. Jay Inslee said: “Safety in our schools and communities is always a high priority” but that “more work needs to be done.”