The deceased patient had traveled to an area with Zika and lab tests showed he had uniquely high amounts of virus — more than 100,000 times higher than seen in other samples of infected people — in his blood, according to the CDC.

Laboratories in Utah and at the CDC reported evidence of Zika infection in both Utah residents.

State and local public health disease control specialists, along with the CDC, say they are investigating how the second resident became infected. The investigation reportedly includes additional interviews with and laboratory testing of family members and health care workers who may have had contact with the person who died and trapping mosquitoes and assessing the risk of local spread by mosquitoes. 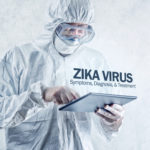 A CDC emergency response team is in Utah at the request of the Utah Department of Health. The team includes experts in infection control, virology, mosquito control, disease investigation and health communications, according to the CDC.

“The new case in Utah is a surprise, showing that we still have more to learn about Zika,” Erin Staples, the CDC’s medical epidemiologist on the ground in Utah, said in a statement. “Fortunately, the patient recovered quickly, and from what we have seen with more than 1,300 travel-associated cases of Zika in the continental United States and Hawaii, non-sexual spread from one person to another does not appear to be common.”

As of July 13, 1,306 cases of Zika have been reported in the continental U.S. and Hawaii, none of which have been the result of local spread by mosquitoes. These cases include 14 believed to be the result of sexual transmission and one that was the result of a laboratory exposure, according to the CDC.