Washington Attorney General Bob Ferguson has asked a federal court to immediately order the U.S. Department of Energy and its contractor, Washington River Protection Solutions, to implement enhanced safety and vapor monitoring measures in the aftermath of more than 50 workers exposed to toxic vapors at the Hanford Nuclear Reservation.

Joining Ferguson was Hanford Challenge, which is an advocacy group, and a Hanford union.

Despite decades of knowing about the vapor problem, numerous reports outlining the issue, and the state’s lawsuit highlighting worker safety problems at Hanford, the Department of Energy and WRPS actually reduced worker safety measures such as supplied air since the lawsuit’s filing last September, according to the attorney general.

Ferguson filed a motion for preliminary injunction in the U.S. District Court for the Eastern District of Washington. The state filed its lawsuit against the federal government over Hanford worker safety in 2015. Hanford Challenge, an advocacy group promoting worker health and safety, and UA Local 598, filed a similar motion in its own worker safety lawsuit. 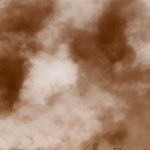 A trial before Judge Thomas Rice is set for May 22, 2017. But by pursuing a preliminary injunction, Ferguson said he seeks to prevent further harm to Hanford workers by implementing certain protections now.

If successful, these enhanced protections would remain in place until the trial. The parties are all asking the court for the following immediate relief:

The judge is expected to rule on the motion after Energy and WRPS file their response briefs.

Hanford’s 177 underground storage tanks contain more than 50 million gallons of toxic waste, the byproducts of decades of plutonium production, according to Ferguson.

Over a span of just a few days in late April and early May 2016, at least 48 Hanford tank farm workers were exposed to vapors emitted from the tanks, with 56 exposed by the end of June. Within minutes to hours of breathing in these toxic fumes, workers experienced nosebleeds, chest and lung pain, headaches, coughing, sore throats, irritated eyes, and difficulty breathing.