An Oregon man has filed a $3.9 million wrongful death lawsuit against a Eugene tavern and one of its customers.

Julio Ortiz Ahumada of Springfield says the Keg Tavern served alcohol to a “visibly intoxicated” Isabel McDaniel on Dec. 11, 2014. She later struck Ortiz Ahumada and his father as the crossed the street, reported The Register-Guard.

Ortiz Ahumada’s lawsuit was filed in Lane County Circuit Court. It accuses McDaniel of negligence for driving while intoxicated and failing to control her vehicle, and says the Keg’s employees were negligent for serving McDaniel alcohol when she was visibly intoxicated and likely to operate a motor vehicle.

Chris Coleman, the owner of the Keg, declined to comment when reached by phone. 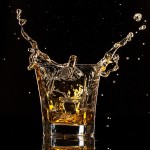 McDaniel was sentenced to nearly eight years in prison after pleading guilty to several charges in January, including intoxicated driving and criminally negligent homicide.

The impact of the 2014 crash flipped Daniel Ortiz-Reynaga, 67, onto the top of McDaniel’s station wagon and she drove 11 blocks before dumping him along a side road, prosecutors said. Ortiz-Reynaga, who lived in Mexico and was in Springfield to visit his son, died of his injuries.

Ortiz Ahumada required surgery for injuries he obtained during the crash, the lawsuit said.