Update: This story has been updated with a response from Wells Fargo.

Insurance Commissioner Dave Jones today directed the California Department of Insurance to launch an investigation into allegations made by former employees of Prudential Insurance Co. that Wells Fargo employees signed up consumers for Prudential insurance without the consumers’ authorization.

Jones asked department investigators to investigate all aspects of these allegations, including possible violations of California laws that requiring persons transacting insurance to have an insurance license issued by the department. 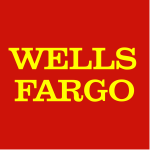 Wells Fargo has admitted that as many as 2 million unauthorized accounts for its consumers were created by thousands of Wells Fargo employees. Prudential has a partnership with Wells Fargo to sell insurance products to Prudential’s customers.

A Wells Fargo spokeswoman provided a list of bullet-point responses after being asked for comment for this reort:

The CDI will conduct its independent investigation in collaboration with the New Jersey Division of Insurance, which is also investigating this issue.