A federal appeals court has ruled that NBC News did not defame an Oregon sporting goods company by characterizing its exploding rifle targets as “bombs” in a report on the “Today” show.

The 2nd U.S. Circuit Court of Appeals in New York said Tannerite Sports LLC did not show that NBCUniversal, part of Comcast Corp., made false statements about its targets, which contain chemicals that detonate when mixed together and shot with high-velocity bullets.

Writing for a three-judge panel of the appeals court, Judge Rosemary Pooler also said that when reporter Jeff Rossen told viewers in the March 2015 report he was “basically holding a bomb in my hand,” his description was “at the least, substantially true.”

A lawyer for Tannerite, based in Pleasant Hill, Oregon, did not immediately respond to requests for comment.

The decision let stand an October 2015 dismissal of Tannerite’s lawsuit by U.S. District Judge Shira Scheindlin, who has since left the bench. 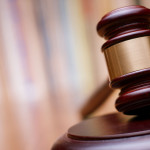 Tannerite sued over the “Today” report and an accompanying online article, “Bombs for sale: Targets containing dangerous explosive being sold legally,” saying that its rifle targets were not bombs and were “inert” when sold in stores.

Pooler, however, said the company appeared not to recognize the distinction between products that happen to explode and those designed or intended to explode.

The Tannerite target’s “singularity of explosive purpose – the fact that it is designed to be dispersed in a violent or rapid manner upon detonation – marks it as a kind of bomb,” she wrote.

Pooler said no reasonable viewer could conclude that Tannerite targets could explode in stores, noting that Rossen said it was “not dangerous being in the studio right now” and that “you need a catalyst” before a target could explode.

According to the decision, the targets enhance long-range recreational shooting, and a 2014 Tannerite product guide said: ” trike your target and the gratification is instant.”

David Cargille, a lawyer who represented Tannerite earlier in the appeals process, said the court denied the company its day in court by deciding on its own “the truth or falsity of NBCUniversals statements.”

An NBCUniversal spokeswoman said in a statement: “NBC News is very pleased that the court determined our reporting was accurate, and that there was no basis for a libel suit.”

Reporting by Stempel in New York; Editing by Leslie Adler