One major insurance carrier already has a program underway to train claims adjusters to visit accident sites and fly drones to gather data.

American Family Insurance started working on developing a drone program around 2013, and the company now has a “batch” of adjusters training to fly unmanned aerial vehicles at the sites where clients have reported property damage or other losses, according to Taylor Horsager, UAV chief pilot and instructor for American Family.

Horsager was speaking on drones in the insurance industry on Wednesday at the Drone World Expo in San Jose, Calif., which runs through Thursday.

“We see drones as an opportunity to service people faster and more effectively,” Horsager said.

American Family is currently working on a research and development project to develop hardware and software for drones, which will eventually be directly integrated it into the carrier’s claims system, he said. 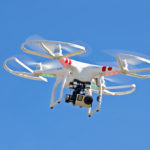 He said the plan right now is to keep the process straightforward, as in teaching an adjuster to go to a site and operate a drone via a cellphone.

“We’re looking at the technology on the market and trying to do things as simply as possible,” he added.

The company is currently conducting “proof of concept” testing, and creating a check list for adjusters who are going out to a site that includes basic check boxes on a list like: Is it safe to fly? Do I have permission from the property owner?

It’s a start, but it appears the company is already beefing up to be a big user of drones.

Asked how many American Family adjusters have been trained on drones, he only offered “a small batch” in response.

“We are in proof of technology mode,” he said, adding that there are issues to be overcome and “the technology is not there yet.”

One challenge is the visual line of site rule implemented by the Federal Aviation Administration, which requires an operator to be able to see the drone with the naked eye at all times. That makes it hard to gather data for large sites.

However, the said the sky may literally be the limit for what drones can do in the insurance industry, according to him.

The moderator on the panel was Kathleen Swain, senior director of UAS programs for the Aircraft Owners and Pilots Association.

She believes that if more drones were already deployed by the industry, money could have been saved by getting adjusters out to disaster sites to gather information to pay claims earlier.

“After hurricanes Harvey and Maria, we really see how important it is to get that technology up and running,” she said.

Beverly Adams, head of catastrophe planning and response with Guy Carpenter, views drones and their advanced data collection capabilities as an opportunity to get the insurance industry “a seat at the table” before disasters happen instead of responding to them.

She noted that many national disaster plans don’t even mention insurance, but that the industry should be invited to partake in such planning.

“We’ve almost got to earn our stripes,” Adams said.

In fact, she said she envisions the need for drones to grow to the point where many insurers will need to seek out third-party providers to fill demand.

“We know right now that we’re not going to be charging vast amounts of money to do this,” she added, addressing her comments to those potential providers in the audience who may entertain working with her company. “These are risk surveys.”

Jessica Magill, who works with Swain as an account executive at AOPA, said she’s seen a “drastic change in the market” in just the last 18 months, when she fielded a call from a drone pilot who wanted to make a change on his policy.

That got her to learn about drone insurance and she’s been embedded in it ever since. At that time she got the call, AOPA could only offer customers two choices for policies: a $1 million liability policy, or a $500,000 liability policy.

And they had only one carrier to work with back then.

Now they’re working with five carriers, “and we’ve got more coming on board,” she added.

The firm can also now offer liability for damage caused by a drone, but also coverage for the drone itself, and underwriters are starting to open up to covering a broader range of drone operations, she said.

“It’s really changed and it’s really kind of cool to see how our carriers have changed and how they are viewing the risk,” she said.

Swain put in that as more carriers have entered the drone insurance world, they’re coming in with a lot more to offer insureds.

“A lot of times we’re seeing open peril, no exclusion policies come to market,” Swain said. “Carriers are stepping up to the plate and offering policies with no exclusions.”

A surefire way to figure out how bright the future is for the drone business is to follow the money.

That’s just what one group of experts discussed on a panel titled “Follow the Money: Exploring the Drone Investment Climate.”

“The last few years there’s been a noticeable venture uptick in investing in drones,” said panel moderator Jonathan Evans, co-president of Skyward, a venture-backed software company based Portland, Ore., which was recently acquired by Verizon.

The other panelists were: Yoshi Iwakami, a partner in World Innovation Lab; Ashley Carroll, a partner in Social Capital; Bilal Zuberi, a partner in Lux Capital; Jake Kaldenbaugh, a technology M&A banker at Growthpoint Technology Partners; and Tammi Smorynski, a director with Intel Capital.

Zuberi agreed with the assessment that investments in drones have picked up in recent, but he believes tha tover the past year or more that more venture capitalists are wanting to see more revenue being produced by what is so far a small number of successful drone companies before putting more money into the industry.

“I think all the major VCs at this point have an investment in drones,” he said.

He said some of the smaller drone companies may be struggling to find capital, while “there’s a lot of money for later-stage companies.”

For now, much of the backing for the industry is waiting for more success stories, he said.

“I think there’s a lot of companies sitting in valuation between $40 and $100 million and they’re still trying to figure things out,” he said.

Still, he said there’s a bright horizon for drones.

“But if you take the long-term perspective, drones are going to be around for a long time and they’re going to be an important part of the economy,” he said.

Drone response to hurricanes Harvey and Irma seemed to play an important enough role to demand a panel on it at the conference.

“When Harvey first happened in it became apparent pretty quickly that drones were going to be part of the story,” said Christopher Korody, principal with DroneBusiness.center, an information website focused on drones.

Korody was a moderator for the panel to discuss the response to these disasters. Others on the panel were Justin Adams, director of business development for Kovar and Associates, Tony Eggimann, captain of the Menlo Park Fire Protection District, Dyan Gibbens, CEO and founder of Trumbull Unmanned, Bradley Koeckeritz, chief of the UAS division for the of the U.S. Department of the Interior, and Art Pregler, UAS program director of AT&T.

Adams was an early responder to both Harvey and Irma.

“The biggest challenge I know we had was controlling airspace,” he said. “We tried to control airspace very quickly.”

He said he and his team during Harvey had to go to the FAA to get flight level authorizations and to restrict drone flights from other operators to prevent interference.

One of their big tasks following the disaster was separating fact from fiction. The drone team often flew over areas to confirm or deny that rumored flooding had occurred there.

“It was more rumor control,” he said.

When all was said and done, he and his team provided 2.8 terabytes of data to Fort Bend County, Texas, where they were surveying.

Koeckeritz, who noted that the Department of the Interior is a steward for “about one-fifth of the landmass in the United States,” and therefore a big user for drones, said the department deployed 12 pilots and their drones to Harvey.

One of the biggest benefits of the drone missions was cost avoidance, he said, adding that they saved “thousands of dollars” from having to use boats to go in and assess flooded areas.

Saving costs and time spent deploying boats to areas that may or may not have been flooded was also a major takeaway for Eggimann.

He and his team of drone operators were OK’d to head to Wharton, Texas to conduct search and rescue reconnaissance.

During their time responding to Harvey, they deployed a drone to map out a plan on how to deploy boats. They sent out the drone to gather information on where to go with the boats, and then began preparing to deploy.

“As the guys were getting the boats up and running, the drone came back and we were able to download images and devise a plan,” Koeckeritz said.

He said that using drones is something his department plans to do more often. The department started a UAS program roughly three years ago, and now has five trained pilots, with what he thinks is a need to train as many as a dozen more.

Pregler said AT&T deployed drones for both Harvey and Irma.

The drones provided valuable information to assess the damage to communications systems in both areas and report back.

However, in one case a drone proved a bit more useful than as a mere information conduit, when the drone team came across an area without power that was disconnected from fiber optic cable across the river.

“We pulled the fiber optic cable across the river to establish connectivity,” he said.