The pace of technology is changing at faster rates than ever before and continues unabated despite the associated risks. New technology startups constantly enter the field, using technologies that affect multiple industries and user groups. Additionally, new technologies are developed virtually every day and are released almost immediately.

This means that rapid adoption and use of new technologies is happening ahead of the ability of insurers to understand and respond to potential risks, both as a user and as an insurer.

An example is the use of drones. While this technology offers an improved method for insurers to inspect many cases of property damage, regulations restricting the use of drones make them much more costly to deploy in insurer operations. Because regulations on drones continue to evolve on a regular basis, that creates even more challenges.

Additionally, the rise of smart home technologies has proven challenging and is creating new exposures for insurers. Smart home apps (i.e., remote control of temperature and lights) are susceptible to power surges and storms, which could lead to a whole house electricity failure. Traditional home coverages may not include this coverage, which could create a more costly and complicated claim.

Smart home apps also lead the way to concerns of cybersecurity and privacy threats to the insured. In the “J.D. Power 2015 Household Insurance Study,” 31 percent of homeowners indicated their home used at least one smart technology product. In a 2016 August Home and Xfinity Home survey, nearly 18 percent of survey respondents indicated they would likely purchase a new smart home product in the next 12 months. (Study commissioned by August Home and Xfinity Home, produced by research firm NextMarket Insights and conducted as an online survey among a total of 1,293 U.S. consumers.)

Insurers traditionally are not on the leading edge of new technology and, as a risk-averse group, they have historically been slow adopters of new tools and technologies. Likewise, insurers are also slow to terminate old technology, preferring instead not to create needless disruption in their operations. This lack of technological agility has now become more of an existential risk for insurers than it has historically been.

New technology risks are by definition immature and have not yet been fully evaluated as insurable risks. By virtue of the structure of insurance risk evaluation, a significant history of experience with any given risk is needed to properly and confidently evaluate it, which is true not only for risks that insurers want to underwrite but also for those they want to leverage to make their operations more efficient and effective. Think of artificial intelligence technology and the promise it has to improve insurer decision-making in the underwriting of risk and managing of claims, as well as being a new area of insurance need. The power of such a technology can potentially become the source of the next mass tort to hit the insurance industry in ways yet unknown.

Insurers need to move fast to leverage and insure new technology risks. Despite the potential complications that guide insurers to move slowly in adopting or insuring new technology, the rapid rate of change of technologies demands that insurers embrace them quickly to benefit.

To be seen as less than leading edge in leveraging technology creates a poor image for any company, including insurance companies. Insureds are becoming just as likely to compare an insurer’s service-responsiveness to that of companies such as Amazon as they are to another insurer. Further, being slow to provide coverage for emerging technology risks means forfeiting new profitable business to competitors.

Insurers need to leverage new technologies to better evaluate and manage the risks they present. The irony is that new technologies may be part of the solution in evaluating new technology risks. The increased access to data and tools to manage and analyze that data may make it easier for insurers to create models of similar or surrogate risk for the new technology a carrier wants to insure. It is not that this approach to evaluating risk is new, but the speed at which it can now be done is well beyond what has traditionally existed. 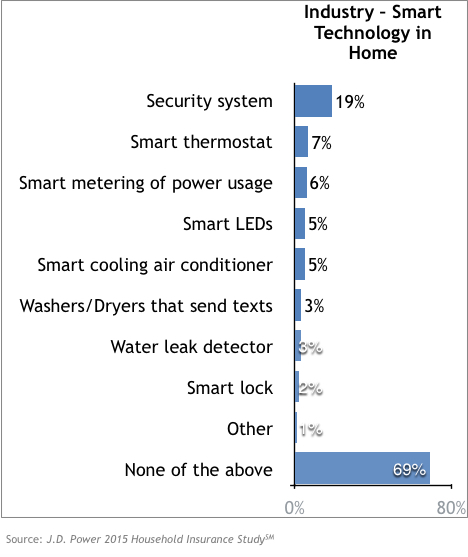 John Drzik, president of global risks and specialties at Marsh & McLennan Cos., addressed this in his article, “The Genie Of Emerging Technology,” which was first published on the World Economic Forum’s blog. “National legal and regulatory frameworks are underdeveloped, so certain topics and techniques escape scrutiny by not being specified. Institutions that are meant to provide oversight struggle to cope with advances that cross departmental jurisdictions and, short on resources, they are often unable to assess the risks with the rigor that they might wish,” he wrote. Insurers have the opportunity to lead in the development of appropriate regulations to govern the use and risk management of emerging technologies.

To accept the risks presented by new technologies, carriers need to have regulations in place that are supportive of them, individually and as an industry, accepting such risks based on limited experience history. The nightmare scenario that carriers need to be protected from most is accepting risks that could turn into the next mass tort. Carriers also need regulations that will allow them to more readily use new technologies to improve their ability to provide service and products to their insureds and claimants. Regulations need to provide reasonable freedom to foster and support technology development while ensuring reasonably needed limitations are established.