“We’re hopeful this will send a strong signal to special interests to stop trying to undermine the will of voters.”

— Jim Pyatt, a Modesto retiree who drives for Uber, hailed a California Supreme Court ruling rejecting a lawsuit to overturn a ballot measure that makes app-based ridesharing and delivery drivers independent contractors instead of employees eligible for benefits and job protections. 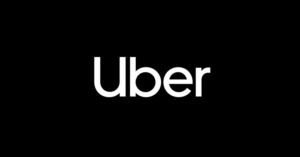 “Public health and safety concerns is a rational basis for regulating how and when people gather to dine and drink alcoholic beverages in commercial establishments.”

— Pulaski County (Arkansas) Circuit Judge Wendell Griffen, dismissing a lawsuit challenging the temporary, coronavirus pandemic-related, state-ordered early closing time for bars and restaurants. Griffen said the rational basis for the early closing time is “obvious” given the number of people who have died from COVID-19 nationally and in the state. The lawsuit had argued Gov. Asa Hutchinson and state officials did not have authority to order bars and restaurants to close by 11 p.m. 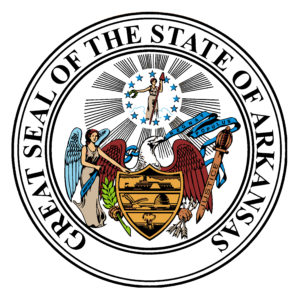 “As we put all those pieces together, they kind of improve our flood resilience and therefore we become a little less risky for the insurance companies, which makes it easier for the insurance policies to be issued at a lower rate.”

— Cedar Rapids, Iowa, Development Services Manager Ken DeKeyser says the city’s efforts to make it more flood resilient have paid off in lower flood insurance rates. The Cedar River flooded over 10 square miles of the city in 2008. Since then, the city has participated in the National Flood Insurance Program’s Community Rating System, constructed a permanent flood control system, and increased public awareness of flood insurance and flood hazards, among other things.

“People should understand that this problem is not going away. … Cybercriminals are simply shifting their tactics to find a new way to attack businesses and consumers.”

— Identity Theft Resource Center President and CEO Eva Velasquez, referring to an ITRC report showing that in 2020, cyber criminals shifted away from stealing individual consumers’ information to focus on bigger, more profitable attacks on businesses. Ransomware and phishing attacks are now the preferred form of data theft because they require less effort and generate bigger payouts. The ITRC found that the number of U.S. data breaches fell 19% in 2020 to 1,108. The number of individual victims of such cybercrimes fell 66% compared with the year prior.

“Insurance fraud not only hits the bottom line of insurance companies, it also hits the pocketbooks of consumers through higher premiums.”

— New York State Department of Financial Services (DFS) Superintendent Linda Lacewell said in a press relase after two businesses and their owners were charged with fraud against the New York State Insurance Fund (NYSIF). Manuel Sanchez and his business, Lagos Construction, have been charged with grand larceny and other crimes for allegedly failing to pay insurance premiums of more than $2 million for workers’ compensation insurance covering employees. Rosa Rodriguez, and her company, Encinos Construction, have also been charged with grand larceny for allegedly concealing $3 million in revenue during their audits with NYSIF and allegedly defrauding the fund of more than $460,000 in insurance premiums.

“We are not in agreement with the Rate Bureau’s proposed increase filed in December. I want to make sure that the process is transparent and that consumers’ interests are protected while making sure our insurance companies remain healthy so they can pay claims.”

— North Carolina Insurance Commissioner Mike Causey comments on an 18.7% dwelling rate increase proposed by the North Carolina Rate Bureau, which represents property insurers in the state. A hearing on the proposal will take place Jan. 18, 2022, unless NCDOI and NCRB negotiate a settlement before then. The last NCRB dwelling rate increase filing was in 2019 and resulted in a settlement of 4%, which took effect July 1, 2020.